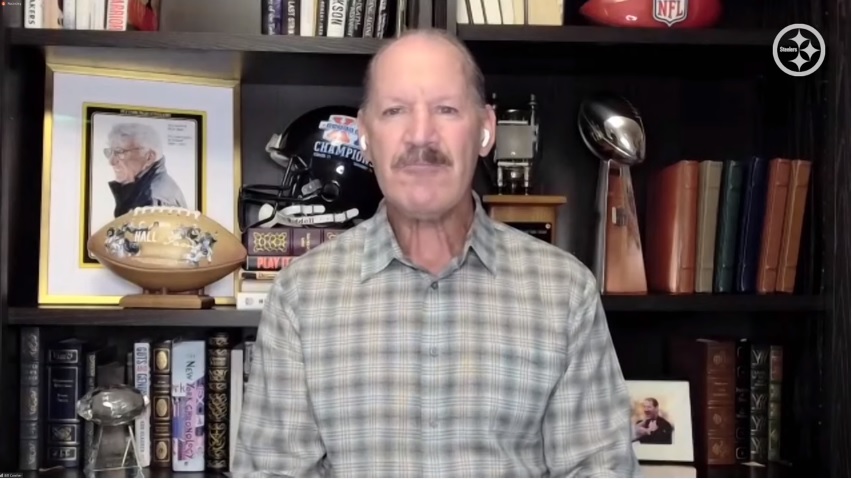 “It’s about collaboration. It’s about everybody working together from the personnel department, from the trainers to the coaches to the players. And I think that’s the culture that’s been built there,” Cowher said. “I was there when Kevin [Colbert] got there, he was part of that collaboration. And I think Omar watched how that evolved and watched how that developed over the years.”

Cowher also said that collaboration manifests itself with everybody collectively discussing personnel moves, and that while everyone may not agree, he said “when you come out of that room, you have a Steeler decision.” Cowher said that making a Steelers decision is something that will be seamless in the transition from Colbert to Khan. For his part, Khan, ironically also on the Movin’ The Chains show, also talked about making a “Steelers decision collectively.” Cowher worked with both Colbert and Khan, and he was there when both men got hired. The process of being collaborative and everyone being in line with a decision was likely there from the get-go as soon as Colbert was hired to replace Tom Donahoe, and it’s remained in Pittsburgh every since.

The Steelers’ front office has always been respected for the way it does business, and while a lot of that is due to the respect the Rooney Family has around the league, a lot can also be attributed to the collaboration process that Cowher talks about. If the majority of the organization is on board with a key decision, there’s less of a likelihood that blame gets thrown around if a decision doesn’t end up working out. I think that’s why there’s an emphasis on things being a “Steeler decision.” It’s not a Colbert decision, or Khan decision or Tomlin decision, but the decision of the organization as a whole to do what they believe is right and what is best for the organization on-and-off the field.

While Khan hasn’t really had his chance to put his own stamp on the roster yet, when he does, the decisions he makes won’t be his alone. While there will certainly be some changes to the Steelers’ roster-building philosophy as there almost always is when a team has a shakeup in the front office, the collaboration among members of the coaching staff to members of the front office is something Cowher believes will remain intact, and Khan all but confirmed that it would. Even though the names will be different, the process of building the Pittsburgh Steelers into a championship contender will remain largely the same.