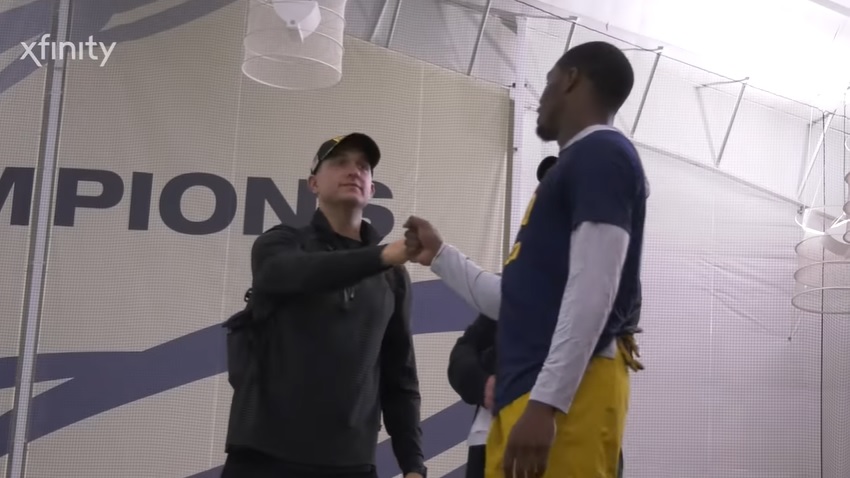 A little more Pittsburgh Steelers’ front office nerding out following the team’s hire of Omar Khan as general manager and all the ensuing front office changes, a rarity for an organization as consistent and cohesive as Pittsburgh’s. But Khan is now the man in charge and though it appears he’ll retain a large chunk of the team’s cap duties, Cole Marcoux might be a new name to get familiar with.

Marcoux was hired in 2020 to replace Samir Suleiman, poached by David Tepper, former minority owner of the Steelers who bought the Carolina Panthers and took Suleiman with him. Marcoux was brought into the mix and officially holds the title of Football Administration Coordinator. According to the Steelers’ media guide, his responsibilities include:

CBA, cap work, all of the above. It seems the Steelers are also making an effort to get their front office guys, even the number-crunches, into the scouting world (as his bio also references) a bit to see things from that point of view. Marcoux attended at least one Pro Day this year, making the trip to Michigan back in mid-March, as you can see by the header photo.

Marcoux has a football background, playing his college ball at Dartmouth. He spent most of his career at quarterback but switched to tight end his senior season, catching 15 passes for 206 yards and one touchdown. There, he was teammates with Dan Rooney, himself a quarterback. Prior to that, Marcoux starred in and won Season One of The Ride, a reality TV show that pitted high school QBs against each other. Marcoux earned an invite to the prestigious US Army All-American Bowl. The show featured other notable names like Taylor Heinicke (here he is from Season 2 after committing to Old Dominion).

He’s pretty young, 30 years old, but is entering his ninth year in football, most spent on the NFL Management’s Council prior to being hired by the Steelers. But with Khan handling broader responsibilities, Marcoux could have a greater role in the organization and impact on managing the salary cap.

Even if that occurs, Marcoux still won’t be a visible member of the organization from our outsider point of view. When the season starts, no one, myself included, will really think about him much. But with contracts coming up for Minkah Fitzpatrick and potentially Chris Boswell and Diontae Johnson, Marcoux could be an important player this summer. And working under a smart guy like Khan, I wonder that if in a couple years, like Suleiman, teams start calling to poach Marcoux away.