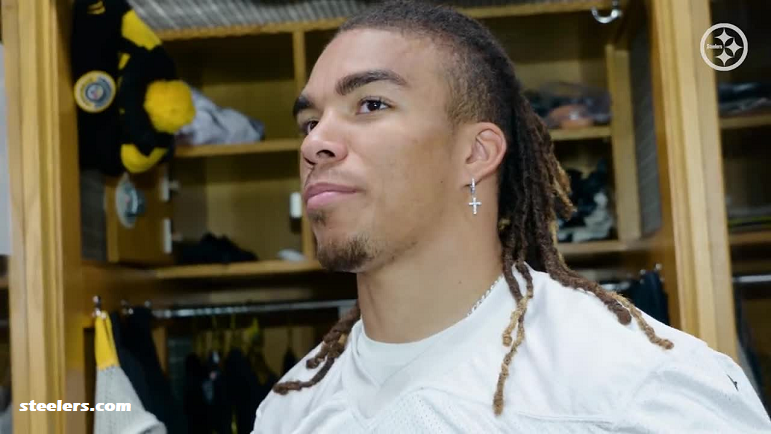 On the I Am Athlete podcast with Brandon Marshall, LeSean McCoy and Adam Jones, Steelers wide receiver Chase Claypool was asked about what he expects out of himself entering his third season after a disappointing sophomore campaign.

“My second year, I was a better football player than I was my first year. The plays just didn’t work out, some of the plays didn’t go my way, I didn’t make some plays,” Claypool said. “As a football player, knowing what to do, knowing where to be, I was better. So I’m gonna be better this year,” he continued. “I know for a fact, I’m not like the rest of the guys in the NFL. I know I’m a top-five receiver. I know I’m a top-three receiver.”

Claypool clearly isn’t short on confidence, which is a good thing to have as a receiver. However, he has a long way to go before he’s actually a top-three receiver in the NFL. At this point, he’s probably not even the top receiver on the Steelers, as he’s behind WR Diontae Johnson on the depth chart. Claypool has never really been lacking in confidence, and it’s good to hear that he thinks of himself as a top receiver in the league. If he can actually put up the numbers this season to back that claim up, then the Steelers’ offense will be a whole lot better than people think.

Claypool did have a very impressive rookie season, putting up 62 receptions for 873 yards and nine touchdowns through the air. His second season was statistically similar besides the touchdowns, but it was considered a letdown because he didn’t build off his impressive rookie campaign. Claypool finished with 13 less yards, three less receptions and only two touchdowns on the season, and celebrating a first down with a running clock during the two-minute warning may have cost the Steelers a win on Thursday Night Football against the Minnesota Vikings. It’s clear he has the raw talent and athletic ability to be a top-flight receiver in the NFL, but he simply hasn’t put it all together yet to make that come to fruition.

While Claypool did play with a greatly diminished Ben Roethlisberger his first two seasons in the league, his numbers still don’t reflect that of a star wideout in the NFL. Whoever the Steelers’ quarterback is on Sept. 11 in Cincinnati will likely be an improvement over the 2021 version of Big Ben, but I’m not sure it will be enough to make a tangible difference in Claypool’s numbers.

I will say though, I do like the confidence and obviously, the Steelers are hoping that Claypool does transform into an elite wide receiver. If Claypool can become even a top-20 receiver in the league, then the Steelers will be absolutely ecstatic.

It’s no secret Pittsburgh’s offense is their biggest question mark right now, but if Claypool is able to become that player and Diontae Johnson continues his year-to-year progression, Pittsburgh will have two guys capable of being a top receiver which would help out the offense and the quarterback immensely. Let’s hope Claypool can back up his comments and come out and have a great season in 2022. The Steelers’ offense will need it.