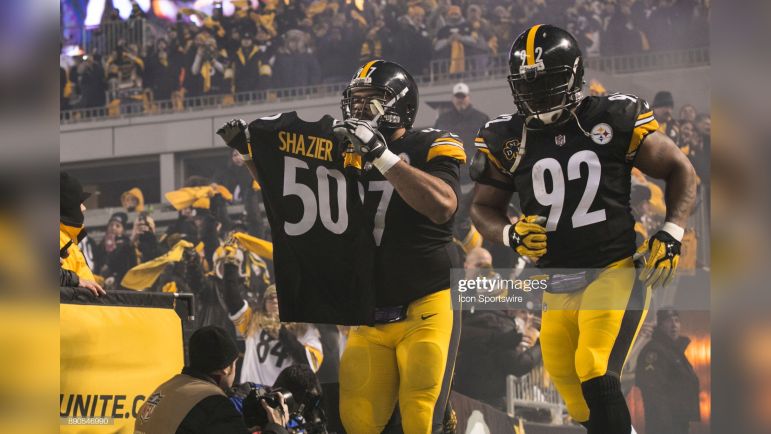 Out of all of the Pittsburgh Steelers teams of the past decade, the 2017 team was the one that ‘could have been’. This was the year the Steelers went 13-3 and finished as the second seed and things fell apart. It wasn’t about the Jesse James catch, though. It was about what happened on the defense after Ryan Shazier’s injury.

Their first-round pick in 2014, Shazier was a day-one starter, though injuries early on limited his availability and opportunities. He made significant strides in year two, and developed into a Pro Bowler by 2016. A year later, he was truly one of the best linebackers in the league, and it seemed that the sky was the limit for what he could do. He engineered that defense and allowed them to do things with him that they could not without.

And then it was all taken away one horrible night in Cincinnati. A devastating spinal injury ended his career in spite of years of effort, and frankly, the Steelers never recovered from losing him nor managed to replace him on the field.

Cameron Heyward was on the field that day when it happened, along with every other moment of Shazier’s black and gold career. The Buckeyes ran that defense. Heyward recently took a moment to reflect upon his days playing with Shazier—including one particular moment when he couldn’t be out there.

Sharing a photo during the 2016 season after Heyward suffered a season-ending injury, with himself greeting Shazier on his way out of the tunnel, he wrote, “I will never take this game for granted. It broke my heart not to be out there with you guys. Plus that dude right there was a stone cold killa and I loved playing with him! He still motivates me and I appreciate him more than he will ever know”.

Overall, Heyward has been incredibly fortunate over the course of his career. The 2016 was the only time since he was drafted in 2011 that he has actually missed a game due to injury. But it was an awful year for him in terms of injuries, suffering several isolated injuries before tearing a pectoral muscle.

There was good news, though. He came back from that injury better than ever. He has made the Pro Bowl every single year since then, with four All-Pro designations. He has recorded double-digit sacks twice in the past five years, making him just the second defensive lineman in team history to do so.

Shazier would probably be playing his best ball today, as well, had he not gotten hurt. In just 11-plus games in 2017, he had 89 tackles, with three interceptions and 11 passes defensed, plus two forced fumbles. He played very nearly every single snap of the entire season right up until his injury, seemingly finally rewriting the injury-prone narrative.

But Shazier is and has always been more than football. He’s a husband and a father, and a multiple-time entrepreneur. He’s a philanthropist, a motivational speaker, and to this day, one of the most loyal teammates that was ever in that locker room.