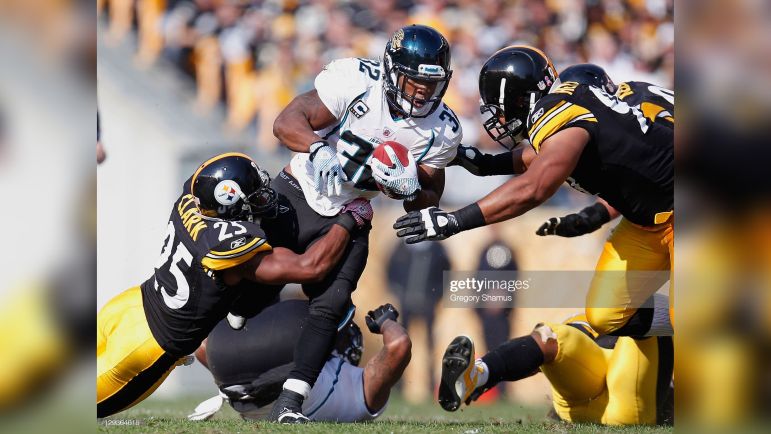 Cameron Heyward was a chippy young man in the early stages of his career. It seemed that there was a weekly report of him being in the middle of some type of skirmish or another during training camp, often involving the offensive linemen who were getting tired of how hard he was going every rep.

At that point, of course, he was still working to establish himself and get into the starting lineup, something that had not occurred until a quarter of the way into this third season, following a momentous Week 4 loss to the Minnesota Vikings in London, the Pittsburgh Steelers’ fourth loss in a row to begin the 2013 season.

It marked a changing of the guard, head coach Mike Tomlin making adjustments in the starting lineup, which included moving Heyward into the starting lineup over Ziggy Hood. It was on the ride back home from that game that Ryan Clark changed his mind about the former first-round draft pick—after just weeks ago nearly inspiring him to come to blows.

The 31st overall pick in 2011, Heyward sat behind first Aaron Smith and Brett Keisel in the starting lineup, and then later Hood, whom the Steelers drafted 32nd overall in 2009. While he had shown flashes, it really wasn’t until that third season that he really began to come into his own. By the time they got home from that fourth straight loss, though, there was no looking back—even Clark could see that.

“Then it was like, a couple weeks later, and we just lost in London, so we had a long plane ride home”, he relayed how that story ended. “This was a game where [Adrian Peterson] like, ran through us. I remember Ike [Taylor] had an angle on him, and all you see is AP just keep going right past him, and you’re like, ‘Damn’”.

“But we got back on that plane, and all I remember is Ryan Clark going up to me and he goes, ‘Bro, so why are you not starting?’. I was like, ‘Why do you think? I’ve been waiting to start’”.

As you know by now, he has started every game of his career since then. He is a five-time Pro Bowler and a four-time All-Pro, including three first-team selections. 540 tackles, 68 sacks, and two interceptions later, he is still playing his best football at 33 years old—and he also told Kimes that he still wants to play at least five more years.

The only bust he is ever likely to be is the one that gets enshrined into the Pro Football Hall of Fame, especially if he can keep up his current pace for another five years.