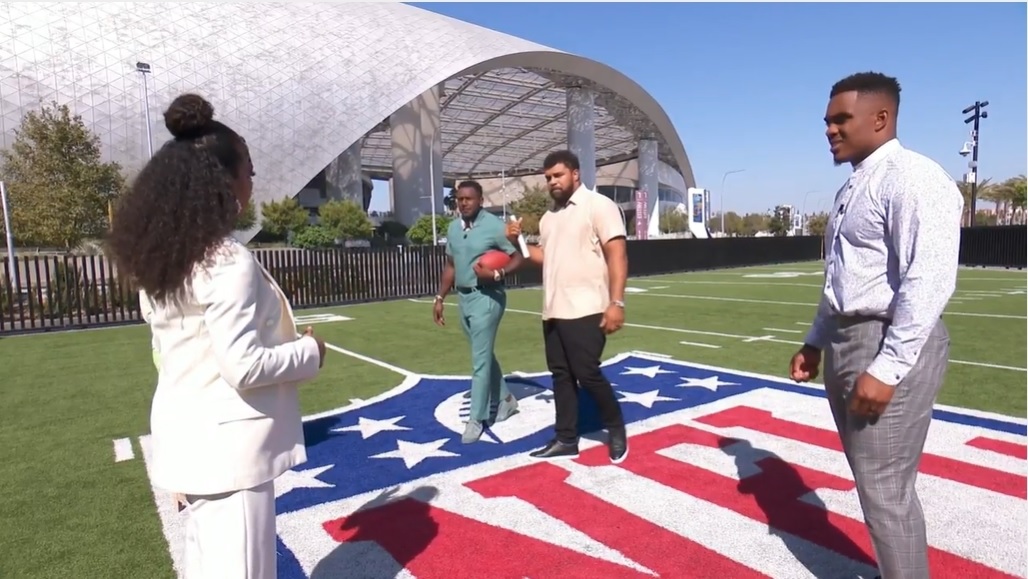 Whenever his playing days are done, apparently five years from now, Cam Heyward is going to have a seamless transition to the broadcast booth. Heyward’s gotten plenty of air time this summer, spending his offseason alongside the NFL Network cast for interviews, stories, and yesterday, a little X’s and O’s. Heyward joined former NFL linebacker Thomas Davis and current linebacker Devon Kennard for some field work, breaking down alignment, gaps, and how to beat zone run schemes. Heyward primarily talked about the latter, explaining how he beats those blocks.

“The main thing when we’re playing zone running teams is, we gotta get penetration,” he said in a clip shared via NFL.com. “That means getting upfield. If we don’t get upfield, they crease us and create those gaps.”

When Heyward first entered the league in 2011, the Steelers played a more traditional style of defense under legendary defensive coordinator Dick LeBeau. The focus was less on penetrating and more on taking on blocks, freeing up linebackers to roam and make plays. In fact, Davis even references that in this clip. But the Steelers’ style has evolved, in part thanks to having great athletic talents like Heyward who shouldn’t be used just to eat blocks but to make plays.

Zone runs have linemen on a track. Everyone flowing down the line in a synchronized way. When it works, they reach block lineman, seal players off, and as Heyward said, create serious gaps to allow the running back to pick his lane. On zone runs, there is no pre-snap hole for the back to hit. He has an aiming point (often hip of the guard in inside zone, and either outside hip of the tackle or inside hip of the tight end in outside zone), but the gap he hits is based off the movement of the defensive line. In theory, the back is supposed to always make the defense “wrong,” going the opposite direction of how the D-line attacks.

Of course, if the defensive line gets three yards into the backfield, there’s no place for the back to go. It forces the back to change directions before he’s ready or spills the run and keeps him running wider down the line horizontally instead of planting and getting upfield. That’s Heyward’s goal.

“If I’m in the A gap, I gotta make sure I attack, get upfield, get on my man, and get my eyes back on the running back. If I don’t do that, I’m costing us a lot of big plays.”

Heyward didn’t cost the Steelers many big plays last season, but the front seven as a whole did. Pittsburgh struggled mightily with gap integrity that allowed running backs to run free against the Steelers. Here’s the top individual rushers against the team last season.

Let’s put that number into context. From 2007 to 2020, the entire span of Tomlin’s tenure prior to last year, the Steelers allowed five players to run for 150+ yards in a game. Last year alone, they allowed three. It’s the reason why Pittsburgh finished 32nd in run defense. And why they must be significantly better, top ten level, if the Steelers’ defense wants to return to form.

For Heyward and the Steelers, that means blowing up those zone runs. Winning on third down starts with winning on first down, and Pittsburgh didn’t do that enough last year.

Overall, Heyward’s segment was excellent and informative. With a podcast debuting next month, we should hear a lot more insight from him soon.