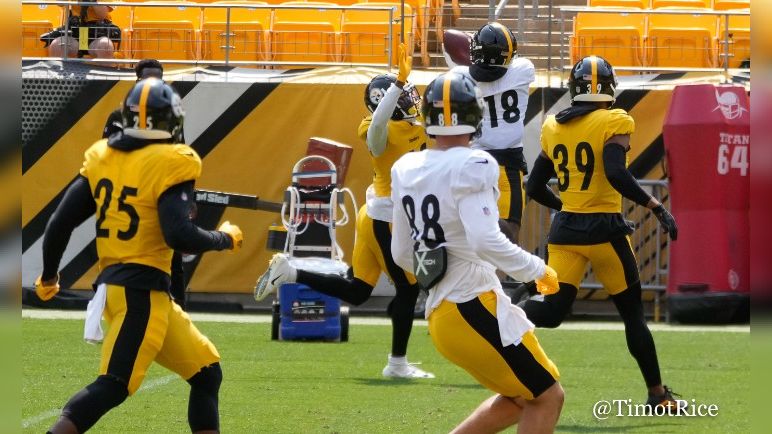 Topic Statement: The timing of Minkah Fitzpatrick’s contract is a positive sign that the Steelers could also get a deal done with Diontae Johnson this offseason.

Explanation: In decades prior, the Steelers have tended to wait until the start of training camp before hammering out meaningful negotiations with their most significant players due for extensions. With their taking care of Minkah Fitzpatrick right away, are they giving themselves time to complete what will likely be a more complicated negotiation with Diontae Johnson, or is it a byproduct of a new general manager setting a new timeline preference?

Whe a team like the Steelers does something that they never, or very rarely, do, you take notice of that. While this isn’t the first time in recent memory that the team has had more than one very significant player entering training camp who was theoretically due for a contract extension, it is noteworthy when you watch them get one taken care of far earlier than is their pattern.

Is that because of the changes in the front office? No. Omar Khan has been the one negotiating contracts for decades. The bigger change is the fact that this is a wide receiver contract, and a more complicated one than normal.

There’s going to be a lot of back and forth determining what Johnson’s value is to the team relative to what he thinks he’ll get on the open market next year. There was no debate about Fitzpatrick. There will be no debate about Chris Boswell. Johnson is going to take time. And so the Steelers bought themselves time. That won’t guarantee that something will get done, but it gives it the best chance of happening and shows they’re serious about it.

Ultimately, each negotiation stands alone. Teams easily and often carry out multiple separate negotiations simultaneously. Having Fitzpatrick’s deal taken care of really doesn’t mean anything for Johnson except for the fact that it’s going to get that much more attention from the media, since they won’t have Fitzpatrick’s contract status and what he is or isn’t doing on the field to talk about.

No, Fitzpatrick’s deal was done now not to clear the deck for a more complicated negotiation, but because that’s what Omar Khan wanted to do. They already established the rubric for how this type of contract would go from now on when they did T.J. Watt’s deal last year, so this deal probably fell together pretty easily. Everyone knew dude was gonna get paid. We don’t know that about Johnson. And Fitzpatrick getting paid doesn’t make it any easier to figure out.