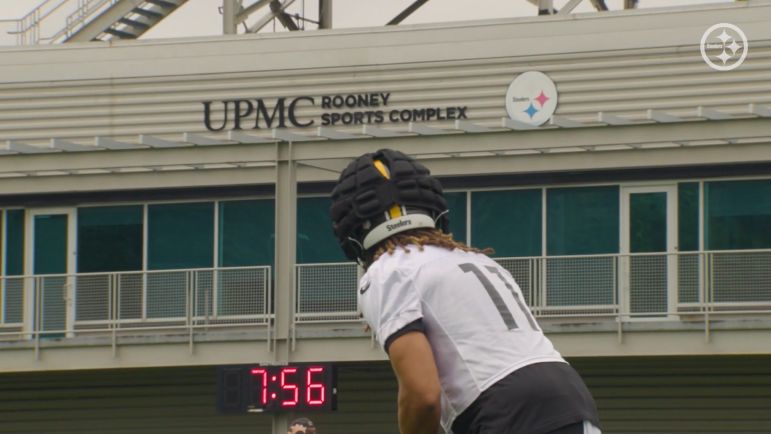 Topic Statement: Chase Claypool will see the most snaps this season in the slot out of all players on the roster.

Explanation: With the Steelers losing both of their top two slot receivers in free agency, they are in the process of flushing out their options. Third-year veteran Chase Claypool, who has been getting a lot of work inside this spring, is one of them.

Playing in the slot is a different skill set than playing on the outside, and generally, you want a player who has an understanding of the professional game playing there. You don’t necessarily want a rookie to immediately come in and take over the majority of the snaps, so I don’t think we’ll see George Pickens or Calvin Austin III there, at least not until perhaps later in the season.

By then, Chase Claypool will have already accumulated a good number of snaps inside. He has come in this offseason seemingly with a more driven mindset, and perhaps a more team-oriented mindset, just looking to do what helps the team most. We have long talked about how his skill set could translate into the slot, so it’s not really a stretch to imagine him playing there a lot.

The Steelers didn’t worry too much about JuJu Smith-Schuster playing in the slot as a rookie, and he was 19 years old at the start of his rookie season. Pickens is one of the three most talented receivers on the roster now, and if finding a way for him to get on the field is in the slot, then that’s where he’ll play.

But there are also other options, and that includes the dreaded Gunner Olszewski, who, OTA reports indicate, spent a lot of time working with the first team offense. This is a team that turned Ray-Ray McCloud, a return specialist, into an offensive contributor, so nobody should be surprised if they try to do the same with Olszewski as well.