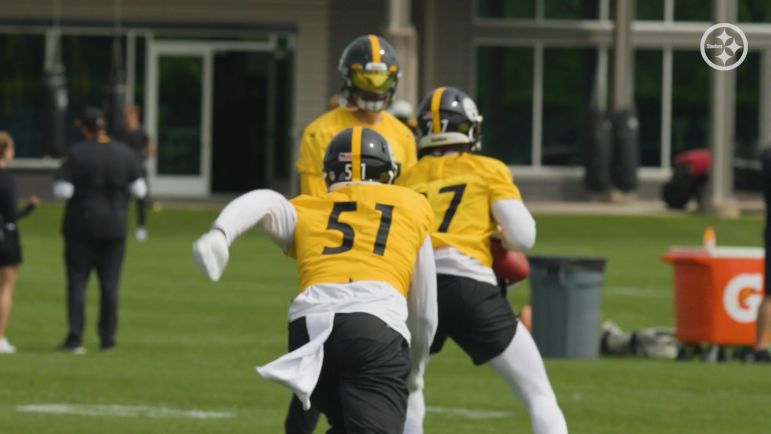 Even as unavoidable changes sweep through the organization, the Pittsburgh Steelers remain the Pittsburgh Steelers. The standard is the standard. The personnel changes from time to time, both on the roster and on the coaching staff, as well as the front office, but with a consistent voice from ownership through the Rooney family, there are certain qualities that are embedded in what ‘Steelers football’ means both on and off the field.

Some of the most significant individuals who defined the most recent era of Steelers football are gone, such as quarterback Ben Roethlisberger and general manager Kevin Colbert, the former retiring and the latter stepping down—possibly retiring as well—but that doesn’t change the mindset, which former head coach Bill Cowher believes is the driver behind a lot of their success.

“Don’t underestimate the Pittsburgh Steelers”, he told Pat Kirwan and Jim Miller on the Movin’ the Chains program on SiriusXM Radio recently. “There’s a culture there that, when they go out there every Sunday, they expect to win, and that’s the mentality that they’re gonna have”.

Even as they figure out who will be under center for them, what the offense is going to look like, and any number of other questions, they are all being answered with the same central purpose, which is to win games and championships—not just in the future, but now. Cowher acknowledges the uncertainty on offense, but sees stability on the other side of the ball.

“Defensively, I like what they did, and Myles Jack, picking him up in the offseason, Levi Wallace, picking him up in the offseason, I think that was two very, very good acquisitions”, he said, though noting there is some concern over depth. “Cam [Heyward] had just played at an unbelievable rate, but he is definitely getting up there in age. We know T.J. Watt may be the best defensive player in the National Football League. They’re gonna be good on defense”.

Even with as bad as the team’s run defense was last season, their overall defense was largely better than given credit for, and it’s a unit that should be notably more well-rounded in 2022 than it was a year ago, with greater certainty over what the front seven has to offer.

Now, does that mean that they’re going to suddenly be the favorites to win the AFC North in what is increasingly becoming one of the most competitive divisions in football—especially assuming certain legal matters don’t interfere with that? Well, I won’t be placing any bets on it.

But I sure will enjoy watching them play this year and grow into a competitive team, whether that ends up coming this year or is in the effort of succeeding next year and into the future. Sometimes uncertainty is fun. We know you agree, because we know how you followed along with us during the 2019 season with Devlin Hodges at quarterback.