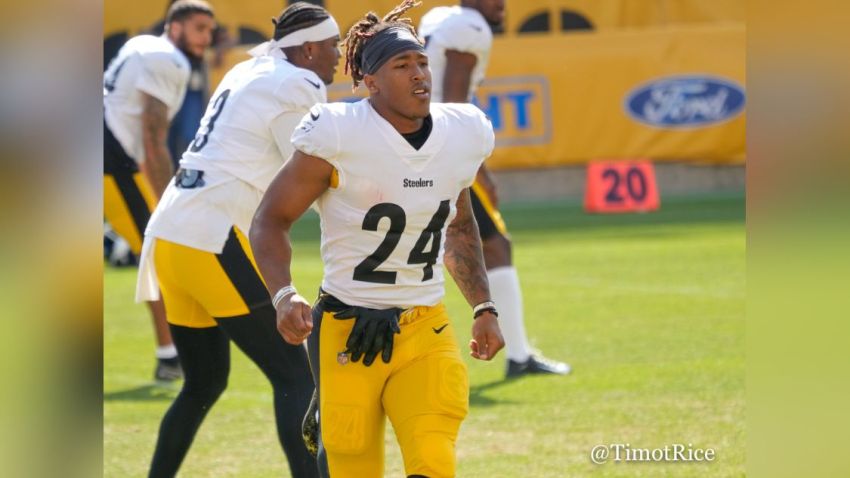 Entering the offseason, one of the spots that the team was looking to upgrade was the backup running back position. Rookie runner Najee Harris, the team’s first round pick out of Alabama, was exactly as advertised, posting 1,200 yards rushing, a new rookie team record. He also showed off his skills through the air, snaring 74 balls for 467 yards. His impressive first season garnered him a Pro Bowl nod, but the one caveat to all of this was his massive workload. He logged 381 touches, the most in the league, and he also set the rookie record for most touches without a fumble, with 366. However, if the team wishes to maximize his career in the Steel City, then finding someone to cede some of Harris’ work to would be wise.

The team still has the plodding Benny Snell and change-of-pace Anthony McFarland under contract. They even handed out the franchise’s highest UDFA contract ever for a running back after the draft, inking Duke’s explosive Mateo Durant, a First-Team All-ACC performer who ran for 1,241 yards and nine touchdowns last year for the Blue Devils. Although the team didn’t spend a draft pick for an insurance policy behind Harris, Running Backs Coach Eddie Faulkner remains optimistic, and mentioned one guy in particular who’s standing out, and that’s Snell.

“I feel like he’s more explosive,” Faulkner told Steelers.com’s Missi Matthews.  “I feel like he’s always been this way, but he’s more open to coaching and detailing his work and those things. And so I’m excited about some of the advances that he’s made and the maturity and character he’s bringing to the room and what not, and that’s exciting.”

Snell boasts a career YPC of only 3.5, including a paltry 2.7 YPC last season, but is this a byproduct of the woes of the team’s offensive line more than Snell’s talents? Even Harris failed to eclipse a 4.0 YPC average last season, posting 3.9 while often running into brick-wall fronts and having to create yardage on his own. The oft-injured McFarland is more of a wild card, as the sample size on him isn’t very large. He brings more of a speed element to the team, who under Tomlin, has frequently chosen to employ larger power backs, be it Le’Veon Bell, James Conner and now Harris, who’s reportedly packed on some muscle and is up to 244 pounds.

If history is any indication, Harris will once again be near the top of the league in terms of touches, but Faulkner does feel it’d be a wise move to lighten that workload. This is extremely important, considering he’s the new focal point of an offense that’s undergoing a transitional phase at quarterback.

“I think ideally, you’d like to have a one and a two that runs in the game when Najee’s tired and this and that. But sometimes it requires you to have multiple guys who can do things that fit their skillset, play-wise and kind of create a two. I’m aware that, number one, I know Najee can carry the load at a very high level, but I think it’s smart to find ways to take some stuff off of him, with the guys that are supporting him. So, that’s something that we are looking at and we’ll just kind of let it play out and how to see how guys’ roles fit.”