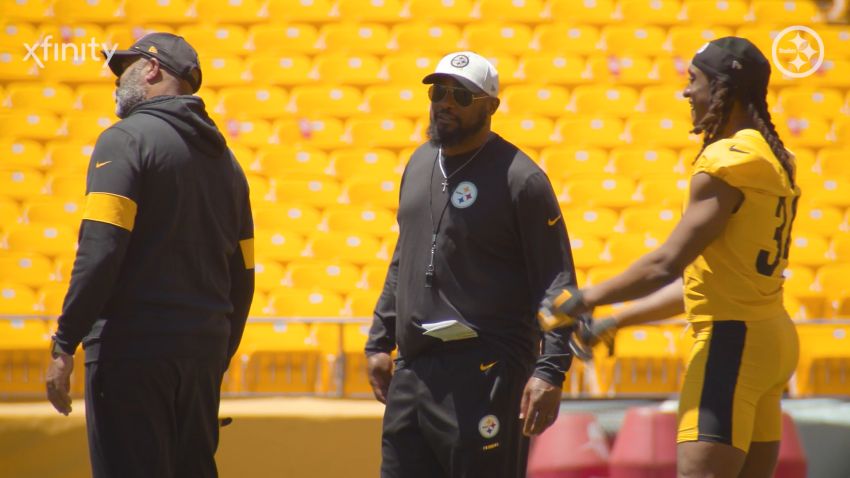 For the better part of the past decade—or, perhaps, even the entirety of the past decade—the man who has born the primary responsibility of actually calling the Pittsburgh Steelers’ defense on game days has fallen, by his own personal choice, upon the shoulders of head coach Mike Tomlin.

A defensive coordinator himself by background, it had long been reported, though without hard sourcing, that he often called many or all of the plays, but earlier this year, outgoing defensive coordinator Keith Butler confirmed that Tomlin wore that role throughout his tenure—and even into the late stages of Dick LeBeau’s time in Pittsburgh.

Could it possibly be any different with Teryl Austin as defensive coordinator? Realistically, probably not. At best, it’s not yet determined, yet the answers that we have gotten—including from Austin himself—have the feeling of deliberate vagary for the purpose of concealing a known fact. Third-year outside linebacker Alex Highsmith gave off a similar impression in answering the question of whether or not he knows who would be calling the plays—and who would be wearing the green dot.

“Not necessarily”, he said during a recent appearance on the Cook and Joe Show on 93.7 The Fan. “I just know so far, Teryl Austin, our new defensive coordinator, has been great for us. He’s been in the building as the DB coach, so just being able to work with him the past couple months has been great. He’s very knowledgeable of the game, and he’s a very intense coach, so it’s been awesome to have him as our defensive coordinator”.

Knowing that Tomlin took over play-calling duties late in LeBeau’s tenure makes it even less surprising than it already was that they parted ways, and that LeBeau would go on to continue coaching for years with the Tennessee Titans.

But Tomlin was looking to transition away from what LeBeau was doing, which wasn’t quite working anymore, at least with what they had to work with at the time. He inherited LeBeau—and Butler, for that matter. Austin is a guy that he hired and created a new title for just to have him on his staff. Does that change anything? Maybe, but we probably won’t know.

“I just look forward to continuing to grow in the defense with him as our coordinator throughout camp and leading into the season, and I just know that whoever the play-caller is, whoever has the green dot, it’s gonna be put in the right hands”, Highsmith said.

Will anybody ever tell us this year who’s calling the plays? I wouldn’t necessarily bet on it. Would it make a difference who it was? I’m not sure about that, either.