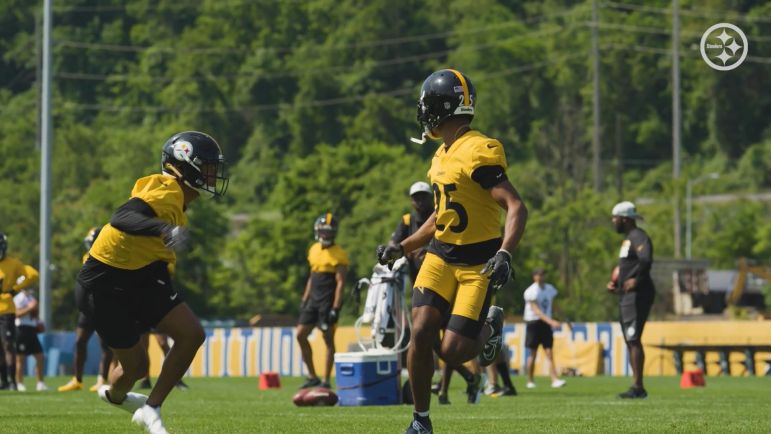 Reasoning: While the coaching staff is ostensibly working through the process of establishing who will play where and when at cornerback, Ahkello Witherspoon figures likely to be one of the every-down players based on reports of his spring performance.

Ahkello Witherspoon recently included himself in his own personal list of the top five cornerbacks playing in the NFL right now. That might be a little ambitious, although it works well as an aspiration, but he does seem poised to reclaim a full-time starting role, now in Pittsburgh.

Thanks to his cameo starting appearances down the stretch last season, the Steelers were willing and able to move on from Joe Haden after five seasons, believing that Witherspoon would be capable of taking over a starting role full-time.

From the sounds of it, he picked up this spring where he left off at the end of last season, as one of the better cover corners in the league. Now, he probably played some of the best football of his entire career in the second half of last season, and there may be some regression to a mean, but it’s far from unrealistic that he emerges as a better player with the Steelers than he had been in San Francisco.

Reporters who were in attendance during OTAs and minicamp all seemingly came away impressed with what they saw from the lanky cornerback, paired with Cameron Sutton and outside free agent addition Levi Wallace as their top trio.

Originally acquired via trade shortly before the 2021 regular season started, Witherspoon spent most of the year on the bench, where he would have likely remained if not for injury intervening. Once he started playing and got a regular role, he began to show the talent that once made him a high third-round draft pick, and still at 27 years of age, there remains plenty in the tank, as well as some upside as he delves into a relatively new system.