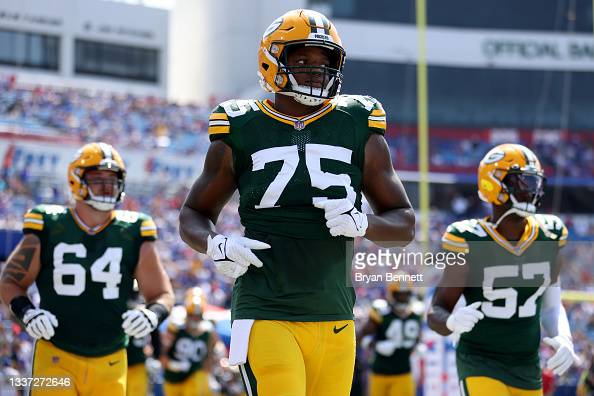 Getting back to the final couple of future reports we didn’t tackle prior to the draft. Scott was a name fans unexpectedly got to know last year after the repeated injuries to the Steelers’ front seven. Melvin Ingram was dealt to Kansas City and T.J. Watt played hurt the entire year and in missing the Chargers game, opened the door for Scott to see his first NFL action. He logged seven defensive snaps in that game and though the sample size is tiny, his performance wasn’t anything special.

Scott’s snaps were a reminder how hollow the Steelers’ defense was last year, playing regular season snaps with preseason names.

But it was good for Scott to get his feet wet after spending his rookie season with Green Bay on the practice squad before landing on injured reserve in December of 2020. And to be fair to him, I don’t have much insight into evaluating his game. He wasn’t part of the camp roster last year and those seven snaps are hard to learn much from. Not nearly enough to draw any sort of conclusions about his skillset. We won’t get a better feel for that until August rolls around. The one thing we do know is that he has size, nearly 6’5″ and about 250 pounds, and Pittsburgh generally likes and does better when their EDGE guys have some length and beef.

2022 will be Scott’s first training camp with the team after being added to the organization in September of last year. A full offseason is a good foundation for a young player like Scott. But even given the team’s depth issues on the EDGE, he’ll be on the outside-looking-in as the team reports to St. Vincent College. Pittsburgh added two promising UDFAs in Tyree Johnson and T.D. Moultry along with veterans Genard Avery and, for a third time, Tuzar Skipper. Special-teamer Derrek Tuszka also returns, and he showed a bit more as a pass rusher to close out the season. That’s not a who’s-who of names but it’s a lot of competition for presumably two EDGE spots behind Watt and Alex Highsmith.

Like most backups, Scott will need to impress on special teams in order to crack the 53-man roster. But with a 16-man practice squad, there’s extra opportunities to hang around the roster. And as injuries and attrition proved last year, you never know when your number will be called. Ideally, Scott doesn’t log a single defensive snap in 2022, but the tiny bit of experience he got last year is nice to have at the bottom of the team’s 90-man roster.