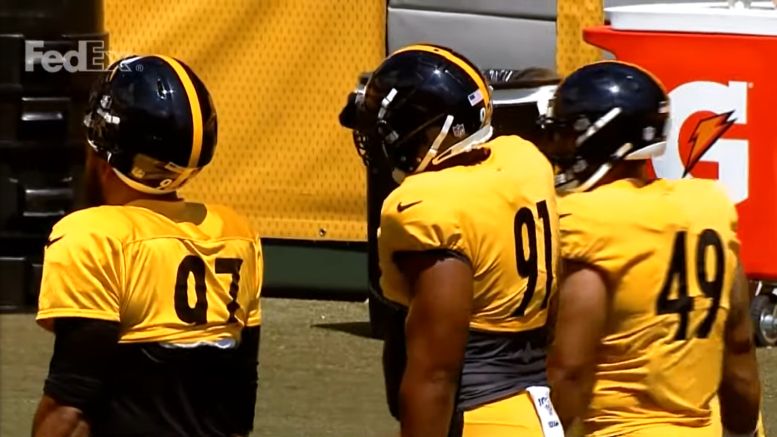 Question: What is next for the defensive line after Stephon Tuitt’s retirement?

The Steelers have a big hole to fill now in their defensive line, even if it’s technically been there for roughly a year. Stephon Tuitt’s official retirements marks an end to the uncertainty of his availability, so now they know that they have to move on without him, one way or the other.

Which way will that be? Now, the Steelers still have plenty of defensive linemen. Presumably, the starting lineup would be Cameron Heyward, Tyson Alualu, and Chris Wormley. Behind them, they would have Montravius Adams, Isaiahh Loudermilk, and rookie DeMarvin Leal. There’s also Carlos Davis, Khalil Davis, and Henry Mondeaux, all of whom have NFL game experience.

While they are going to get a good chunk of cap space back with Tuitt’s retirement, that doesn’t necessarily mean they will spend it on new signings they wouldn’t otherwise have made. After all, there is still more accounting for to do later on this season with the filling out of the 53-man roster, the practice squad, and preserving an in-season cushion.

Still, they could be talked into bringing in a modest veteran presence to add to the room who might offer a little more assurance than the likes of Loudermilk and a rookie Leal as the top rotational end. But even if they do spend some cap space, it’s possible that they don’t even use it on the defensive line.