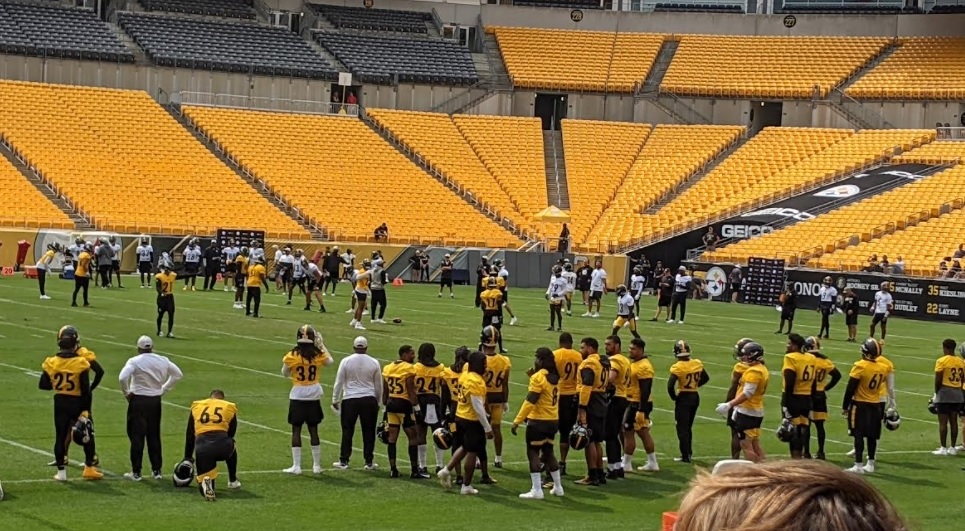 Question: How many starting jobs will truly be at stake by the time we get to training camp?

OTAs and minicamp are primarily about installing systems and working on fundamentals, things of that nature. It’s a lot less involved with and important to establishing cohesion within the starting lineup, something that gets much more attention once teams get into training camp.

In other words, just because somebody looked to be in a ‘fixed’ position during OTAs doesn’t mean that’s set in stone already, and that’s not just accounting for variability. Teams will set up on player to function as a first-team starter in OTAs knowing that that job will be in contention come July and August.

So…what about the Pittsburgh Steelers this year? By the time we get to Latrobe, how many starting jobs can conceivably be put up for grabs—on a reasonable basis? I’m not just talking about platitudes about how every job has to be earned every year. I’m talking about positions where we really may see somebody else start come September.

Along the offensive line, we have, at least, left guard, if not center. Realistically, it’s hard to see a tackle spot being contested with the current roster. Quarterback is a given. But what about defensive end? Could Isaiahh Loudermilk challenge Chris Wormley, for example? Can Damontae Kazee get the jump on Terrell Edmunds at safety? Who will be the number three receiver? And which two cornerbacks will emerge on top?