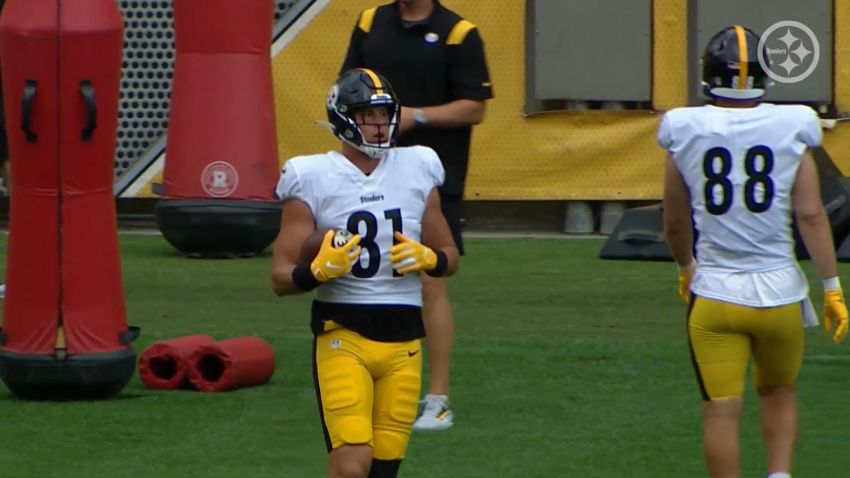 Nothing brings fans joy to hear a player have a positive, yet productive offseason.  That’s what it sounds like for third season tight end Zach Gentry. Gentry was a guest on the Steelers Nation Radio with Arthur Moats, and was able to chat about the offseason as well as the changes with his body that he hopes will be beneficial for him this upcoming season.

According to ESPN, Gentry weighed in at 265 pounds, but he wanted to be sure that he was able to do a little more than what he was doing for the team.

Last season, Gentry was doing a lot of blocking in the passing and run game to where he knew what his role on the team was. In the interview, he mentioned that blocking guys like Von Miller helped him gain that confidence to do the best he can be.

“So it’s like, okay, I’m like realizing, I can do a pretty good job with this,” said Gentry “I can continue to build on that.”

Gentry enters this upcoming season with a chip on his shoulder as he and Pat Freiermuth look to be the tight ends going into next season.

“I feel way more confident, you know, and I was confident last year.” Gentry told Moats.

While his offensive numbers aren’t flashy, having someone like Gentry in a Matt Canada offense can be really productive since he is able to get off the ground quick, block, and run efficiently. There is still a whole lot of time ahead of us before we can see Gentry go pancake hunting with Najee Harris running behind him.