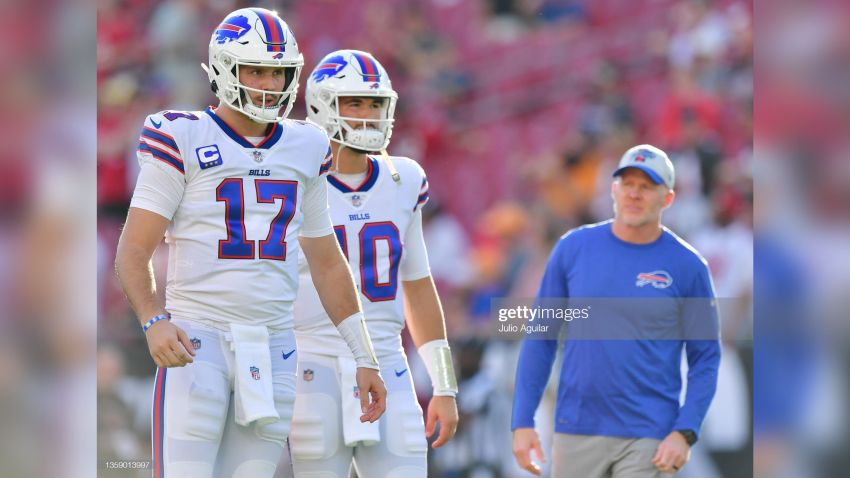 Drafted one year earlier and being one year older didn’t keep new Pittsburgh Steelers’ quarterback Mitch Trubisky from utilizing his one year watching and learning behind perennial NFL MVP candidate Josh Allen with the Buffalo Bills.

Trubisky, who played just 38 snaps in 2021 as Allen’s backup, was able to get an up-close look at just how the quarterback position is supposed to be played and coached in today’s NFL, which he hopes will help him succeed in Pittsburgh under second-year offensive coordinator Matt Canada and 15-year head coach Mike Tomlin.

Speaking with reporters Tuesday following the first day of Phase 3 of OTAs, Trubisky raved about his experience working behind Allen last season, stating that being able to see how the quarterback should be played “free” and off instincts will be applied to his time in Pittsburgh.

“Yeah, I mean, I learned so much from Josh [Allen]. I think just being in the year with him, I saw what it was like when everybody just let the quarterback play his game and let him go out there, play free and trust his instincts, trust his reads,” Trubisky said to reporters Tuesday, according to video via Steelers.com. “And you just…you’re playing football. You’re not thinking, you’re going out there reacting, and it was really fun to be around him.

“And I feel like being around him, I got back to more of who I was, how I wanted to play football, using my instincts, whether it’s running, throwing, going through my reads,” Trubisky added. “I feel like being around him and in Buffalo, I learned how to process a lot quicker just within the offense and knowing where I wanted to go with the football pre-snap and post snap. So I feel like I learned a lot and I’m ready to apply it this year.”

That checks out with Trubisky, who was able to escape the confines of the Chicago Bears’ offense under former head coach Matt Nagy, which tried to fit Trubisky into a round hole as a square peg, trying to make him a true pro-style quarterback, rather than relying on his physical traits and letting him play in a similar fashion as he did at North Carolina, which ultimately made him the No. 2 overall pick in the 2017 NFL Draft.

Of course, talk is cheap, and it will be up to Trubisky to apply what he learned in Buffalo from Allen and now-New York Giants’ head coach Brian Daboll to his time in Pittsburgh as the Steelers’ quarterback while he tries to beat out Mason Rudolph and Kenny Pickett for the starting quarterback job.

If he can play fast, loose and trust his overall instincts, he’ll be just fine in Pittsburgh under second-year offensive coordinator Matt Canada, especially with the added mobility he brings to the table overall.