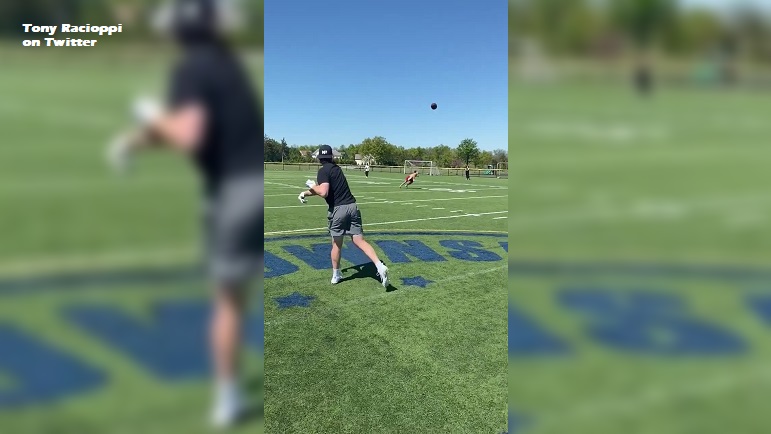 New Pittsburgh Steelers quarterback Kenny Pickett has a big weekend ahead of him as he’ll be taking part in the team’s rookie minicamp starting on Friday at the UPMC Rooney Sports Complex. Ahead of that big rookie event, Pickett has been busy getting ready for it at his home in New Jersey.

Pickett, as you can see in the videos below, is still busy training with his personal quarterback coach, Tony Racioppi. The two have worked together for several years now and it seems that they are doing some tuning ahead of Pickett returning to Pittsburgh for the team’s rookie minicamp. Racioppi has given several interviews concerning Pickett throughout the pre-draft process and even after the Steelers picked the quarterback 20th overall in the first round.

The Steelers rookie minicamp will not only include the team’s seven draft picks and 10 undrafted free agents, but several first year players as well. Additionally, the Steelers figure to have a large amount of tryout players participating in their rookie minicamp this year after only being allowed five last year due to COVID-related rule changes.

One of Pickett’s former University of Pittsburgh teammates, wide receiver Tre Tipton, is slated to be one of the several tryout players this coming weekend.