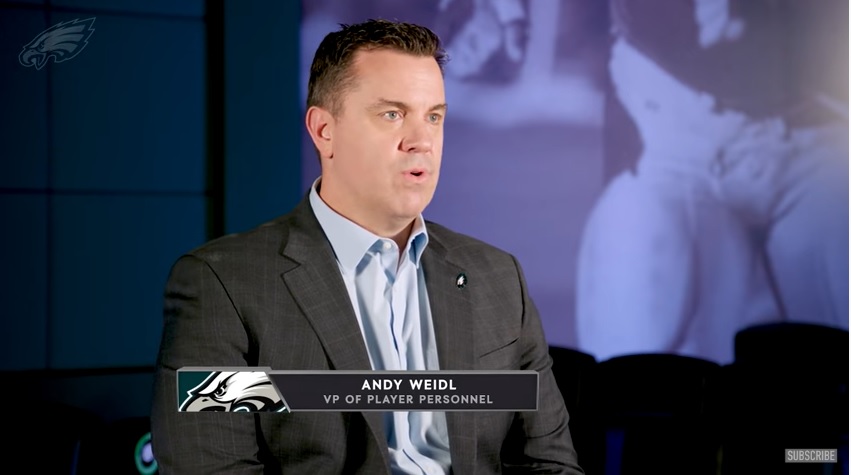 There is no one best practice in finding a general manager, let alone in formulating a front office. Conventional wisdom tells you that you want a scout in the driver’s seat, but that mode has evolved over the years, with more teams seeking candidates with a more organizational mindset.

While there is a false narrative promulgated about new Pittsburgh Steelers general manager Omar Khan that he is ‘just a cap guy’, the implication being that he doesn’t know much about scouting, the team isn’t leaving its new captain without a second in command.

They are bringing back one of their own, of sorts, in Andy Weidl, who was first hired by outgoing general manager Kevin Colbert’s predecessor, Tom Donahoe, who hired the area native to be an intern in 1998. Both were let go after the 1999 season, with Colbert stepping in. Donahoe spoke to Gerry Dulac of the Pittsburgh Post-Gazette of what he knows of Weidl, with whom he would later go on to work many years later in Philadelphia.

“He’s really one of the better evaluators I’ve ever been around”, he said, and noted that he has been instrumental in the entire process, running the draft meetings within the Eagles organization. Dulac writes that Weidl will be responsible for building the Steelers’ draft board in Pittsburgh, something that he has done for the past three years in Philadelphia. But Howie Roseman makes the Eagles’ selections and gets all the credit.

“He’s a Pittsburgh guy through and through, has a great work ethic and loves the game”, Donahoe said, and described him as being “all about football”. But while he may be coming home—back to where he grew up, and to where he started in the NFL—he is well-traveled, yet on familiar ground.

After being let go by the Steelers in 2000, he spent five years in the New Orleans Saints organization, where he first crossed paths with Omar Khan, who would be hired by Pittsburgh in 2001. After his time in New Orleans, he headed back to the AFC North (or what was by then the AFC North), spending 11 years as a regional scout for the Baltimore Ravens.

While he wields the title of assistant, Weidl and Khan, who already have an established working relationship of the past, will once again work side by side in leading the organization’s roster-building efforts. I think it has the makings of an excellent pairing—and the Steelers didn’t have to look far to find it.