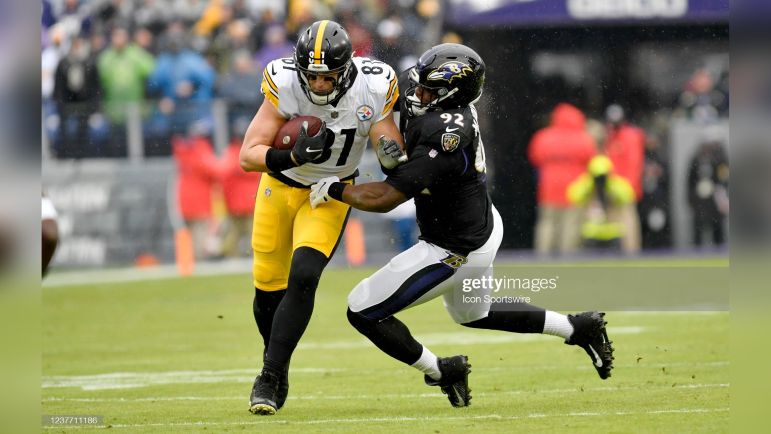 While the Pittsburgh Steelers have the least travel miles of any NFL team during the 2022 season, that doesn’t mean their schedule is particularly easy. While there are no brutal stretches, there are still some games that could define Pittsburgh’s season. Below, we will take a look at a few such games.

Pittsburgh opens up their season with three tough, but winnable games: at Cincinnati, vs. New England, and at Cleveland. Realistically, Pittsburgh probably comes out of that stretch at 1-2. Week 4 presents a matchup against an improved New York Jets team that finished 4-13 in Zach Wilson’s rookie year in 2021. The Jets brought in former Tampa Bay S Jordan Whitehead, while drafting WR Garrett Wilson, CB Ahmad Gardner, and EDGE Jermaine Johnson in the first round of the 2022 NFL Draft.

On paper, the Jets are improved but shouldn’t be better than Pittsburgh in 2022. This can’t be a letdown game that Pittsburgh overlooks, and it helps they’ll have a long week to prepare after a Week 3 matchup in Cleveland on Thursday night. In order to set a positive tone for the rest of the season, Pittsburgh will have to come out ready to play and beat the Jets in Week 4.

Pittsburgh’s first game out of the bye against the only team Mike Tomlin hasn’t beaten in his career. With a game in Miami against the Dolphins and away against the Eagles leading into the bye, Pittsburgh will have a chance to build some positive momentum before their week off. If they do, then they have a prime opportunity to keep it going with a home game against a Saints team entering a new era under Dennis Allen following Sean Payton’s retirement. It’s unknown how QB Jameis Winston will look coming off a torn ACL, and this should be a game Pittsburgh is favored in. With matchups against the Bengals and Colts coming the next two weeks, it’s imperative that Pittsburgh find a way to win this matchup if they want to be a playoff team in 2022.

Week 17: Away at Baltimore Ravens

Every Ravens game feels like a must-win in Pittsburgh. However, with their Week 14 matchup sandwiched between games at home against the Atlanta Falcons and on the road against the Carolina Panthers, the Week 17 matchup will be more important for Pittsburgh (assuming they can avoid a letdown against Atlanta or Carolina). Week 17 comes after a home contest against the Las Vegas Raiders, a team Pittsburgh has struggled with in recent years, before a season-ending matchup against the Cleveland Browns.

Pittsburgh can’t afford to stumble down the stretch, and winning in Baltimore is a great way to make sure they don’t. Obviously, the Ravens are a tough team that’s gotten much better with the free agency additions of S Marcus Williams and DL Michael Pierce, along with drafting S Kyle Hamilton and C Tyler Linderbaum. However, Baltimore did trade away WR Marquise Brown and hasn’t made any significant additions at wide receiver, making it just a bit more one-dimensional than they’ve been in years’ past. Getting a key divisional win in Baltimore towards the end of the season would be absolutely massive for a Steelers team that will likely be right on the playoff bubble in the final weeks.

Let us know in the comments below which games you think will be the most important for Pittsburgh this season.