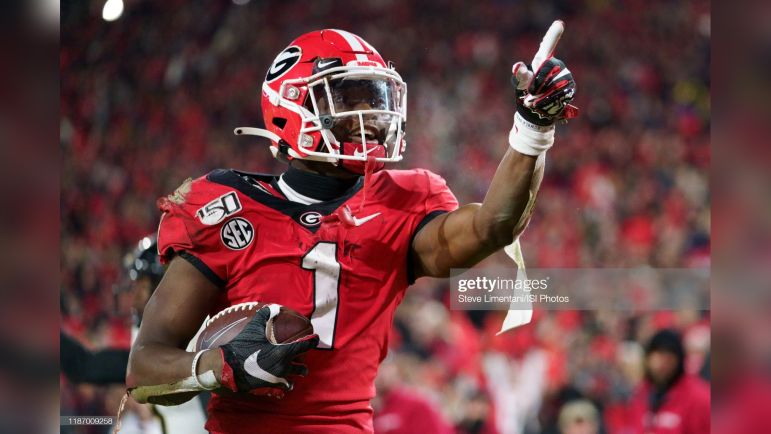 The Pittsburgh Steelers have signed their first draft pick of the 2022 class, inking second-round pick WR George Pickens to a four-year deal, the team announced today.

We have signed WR George Pickens to a four-year contract. @BordasLaw

Pickens will earn approximately $6.752 million over the life of the deal, including a $2.09 million signing bonus. His cap charge this season should come in right around $1.227 million.

Out of Georgia, Pittsburgh took Pickens 52nd overall in the draft. He battled back from an ACL tear suffered in March of 2021 to return to the field late in the season for the Bulldogs. He caught just five passes but had a crucial 52-yard grab in the team’s National Title win over Alabama. Pittsburgh showed interest in him throughout the pre-draft process, including working him out at his Pro Day.

In 2020, Pickens recorded 36 receptions for 513 yards and six touchdowns. Despite his long and wiry frame, Pickens is a fluid route runner but he’s also capable of playing big and winning in contested and downfield situations. He’ll have to work on his after-the-catch ability and overcome some of the rawness of a 21-year old who hasn’t played much football over the last year. Speaking to reporters Friday, Pickens declared himself 100% from the ACL injury.

Pittsburgh now has six draft picks left to sign. Several more could be signed during the team’s rookie minicamp.