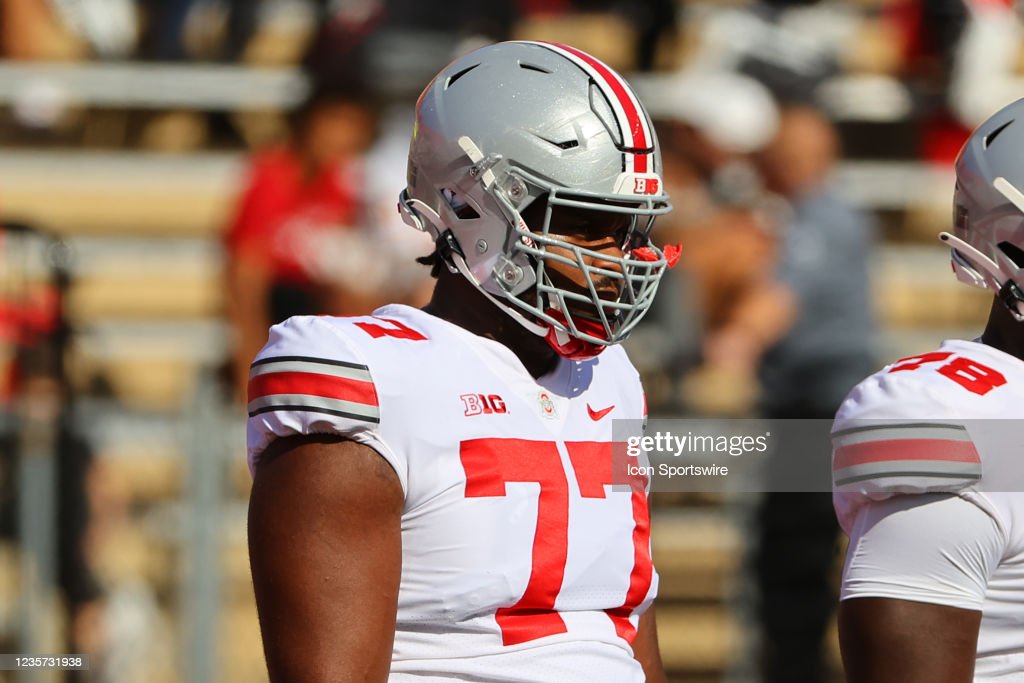 While the 2022 NFL Draft concluded less than one week ago, all eyes within the draftnik community shifted immediately to the 2023 NFL Draft, which appears chock-full of high-end talent across the board, at least head of the 2022 college football season.

Much like PFF and Bleacher Report, McShay has the Steelers addressing the offensive side of the football for a third straight season in the first round, going with Ohio State offensive tackle Paris Johnson Jr. at No. 11 overall. The draft positions for the mock draft are based on Super Bowl odds.

“Only the Dolphins had a worse pass block win rate than the Steelers last season (48.8%), and I don’t think Pittsburgh did enough to fix the line,” McShay writes. “When it decides to turn the offense’s keys over to new quarterback Kenny Pickett, the protection has to be there. Johnson has 13 career starts (all at right guard) and allowed only one sack last season. He will slide outside to left tackle this year.”

Johnson Jr. has followed the same path as new Tennessee Titans’ offensive lineman Nicholas Petit-Frere at Ohio State, who started all over the offensive line for the Buckeyes before coming off the board last Friday in the third round of the 2022 NFL Draft.

Though he’s started just 13 games for the Buckeyes, he was a high-profile recruit at offensive tackle that developed under the tutelage of former Cincinnati Bengals’ standout and Hall of Fame candidate Willie Anderson, who helped turn him into a top recruit in the Class of 2020 and one of the top recruits in college football history.

While Johnson Jr. hasn’t quite lived up to the billing of his recruiting profile, he has the size and athleticism overall that should help him thrive at left tackle in 2022 with the Buckeyes under head coach Ryan Day.