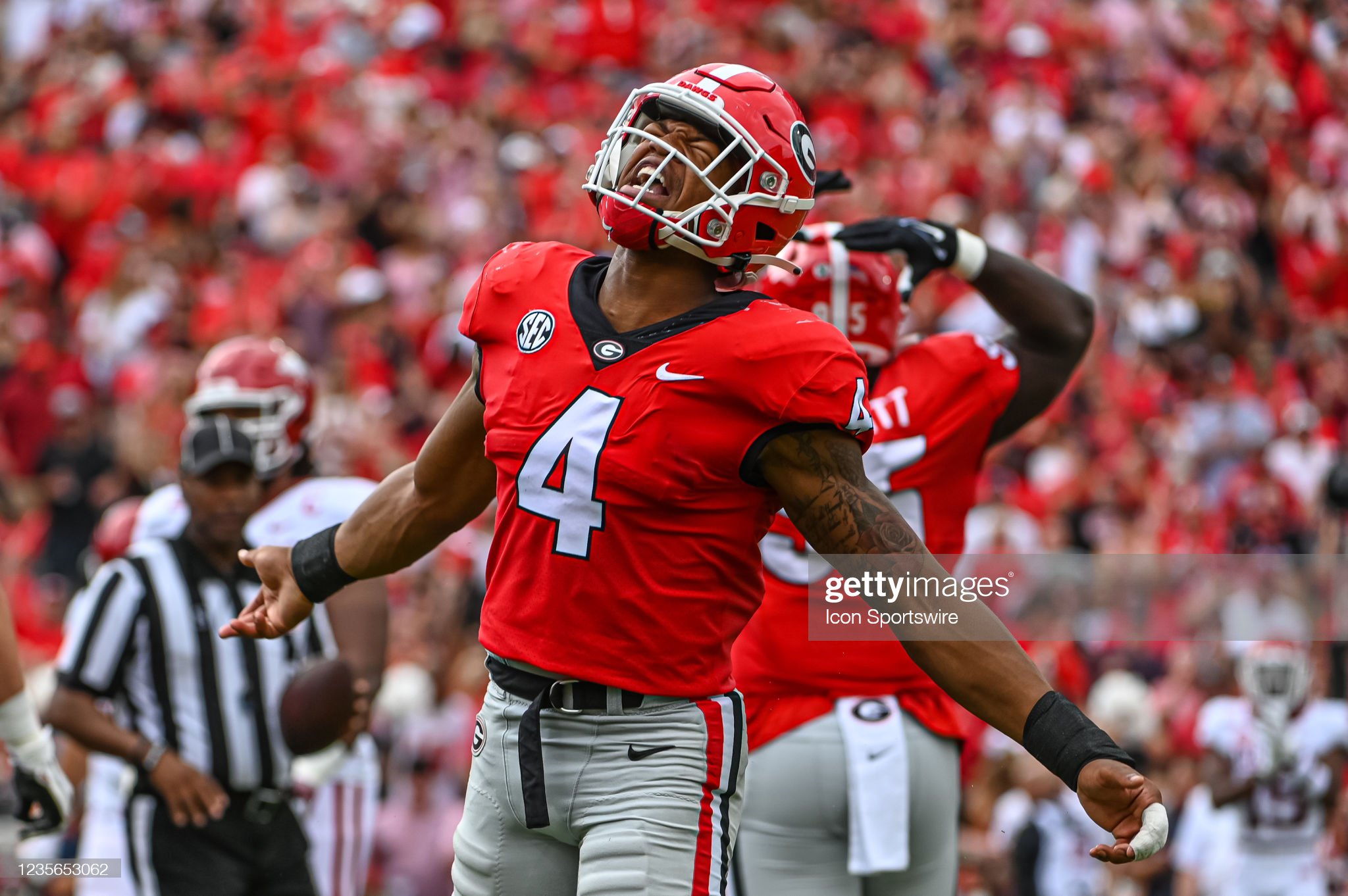 Though the 2022 NFL Draft just ended three days ago, mock drafts for the 2023 NFL Draft in Kansas City are already being dropped across the NFL media landscape, which is far too early.

That said, it’s rather interesting to see some of the names included in initial mock drafts. Pro Football Focus recently had the Steelers addressing the offensive line next year in the first round, as did Bleacher Report.

However, The Athletic’s Dane Brugler has the Steelers addressing the defensive side of the football in the first round in his way-too-early 2023 mock draft.

Picking No. 11 overall in the 2023 NFL Draft based on current Super Bowl odds, Brugler has the Steelers landing Georgia EDGE Nolan Smith as the fifth defender off the board and fourth in the trenches overall behind Alabama EDGE Will Anderson (No. 3, Jets), Georgia cornerback Kelee Ringo (No. 4, Jaguars), Georgia defensive Jalen Carter (No. 6, Bears), and Clemson defensive tackle Bryan Bresee (No. 9, Seahawks).

“A potential first-rounder had he entered the 2022 NFL Draft, Smith was the vocal leader of Georgia’s national title team last season,” Brugler writes about the Steelers’ selection of Smith. “He has big-time closing speed as a pass rusher and plays with the contact balance and block recognition to make plays vs. the run.”

#UGA commit Nolan Smith (@SmithNoland2) can flat out fly off the edge pic.twitter.com/ORH0HKer1M

After seeing the Steelers paired with an offensive tackle in the PFF and Bleacher Report way-too-early mock drafts, it was a bit of a surprise to see Brugler zig while others zagged, giving the Steelers one of the top defenders in the class, and at a position of potential need, depending on the continued development of Steelers third-year EDGE Alex Highsmith.

Smith is a freakish athlete off the edge, which is what Georgia continues to produce year after year. Smith is an impressive combination of size, speed, and overall athleticism, but the production hasn’t quite been there at Georgia so far in his career, very similarly to recent No. 1 overall draft pick Travon Walker of the Jacksonville Jaguars.

Smith is ready-made as a run defender, but needs to do some significant development as a pass rusher, which should come in the years ahead as he continues to develop physically from an athletic standpoint.