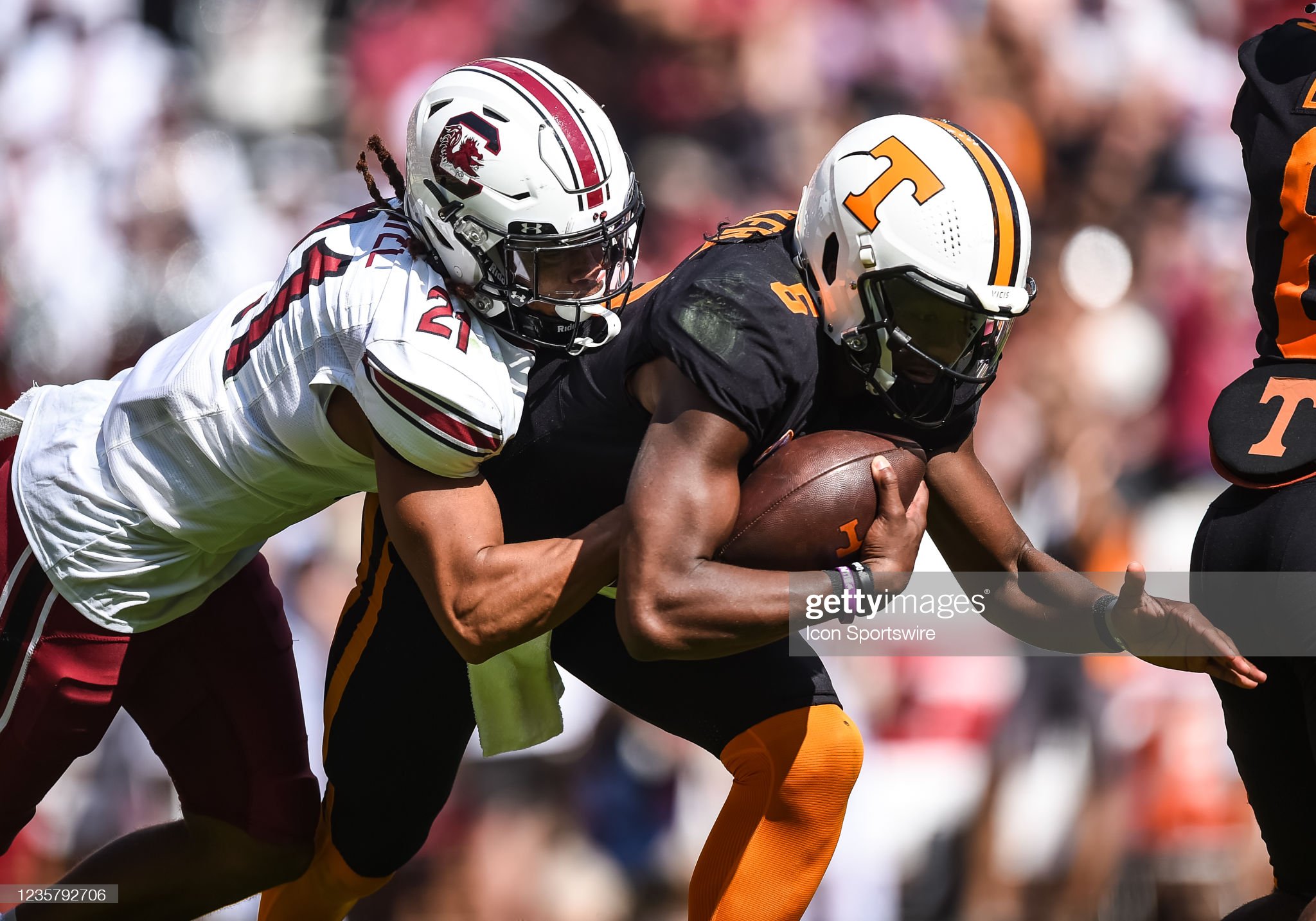 UPDATE: Along with South Carolina’s Carlins Platel, the Steelers also added Lamar University defensive back Divine Buckrham to their rookie minicamp this weekend, according to a tweet from the school.

Buckrham starred in high school at The Kiski School in Saltsburg, PA, which his just 37 miles from Heinz Field, before then attending Lehigh University.

At Lehigh, Buckrham became the starter at the rover position late in his freshman season and then moved to safety full-time in 2019. At Lehigh, he played in 34 games and recorded 95 tackles, 3.5 tackles for loss, recovered one fumble, and defended three passes.

Buckrham then transferred to Lamar in Texas for the 2021 season, where he played in all 11 games for the program, and finished with 52 tackles, one tackle for a loss, eight passes defended, and one interception.

Dreams To a Reality… Congrats to @bbsft8 on his Invite to The Pittsburgh Steelers Camp ‼ pic.twitter.com/9sQo6zNq2z

According to a tweet from his agent, South Carolina defensive back Carlins Platel will be in attendance with the Steelers Friday through Sunday after a strong showing at the Philadelphia Eagles’ rookie minicamp earlier in the week, though he was not offered a contract. Platel becomes the first player to join the Steelers’ rookie minicamp after a tryout with another team.

After a great showing at the #Eagles rookie mini camp, @CarlinsPlatel has been invited to tryout for the #Steelers this week! Two business trips to Pennsylvania in a week. pic.twitter.com/syp7b0AF29

Platel started his collegiate career at Division II Assumption College in Worcester, Massachusetts before transferring to South Carolina ahead of the 2021 season, taking a massive leap from Division II football to the SEC.

The Division II transfer quickly worked his way into a starting role for the Gamecocks in 2021, playing in 12 games with South Carolina, making seven starts. Platel finished his lone season with the Gamecocks with 15 tackles, 2.5 tackles for a loss, one sack, two passes defended, and two forced fumbles.

With his invite to the Steelers’ rookie minicamp this weekend, Platel becomes the fourth defensive back on a tryout basis at the three-day camp, joining Robert Morris cornerback Tavin Harvell, Marshall defensive back Cory McCoy, and Waterloo (Ontario) defensive back Tyrell Ford.