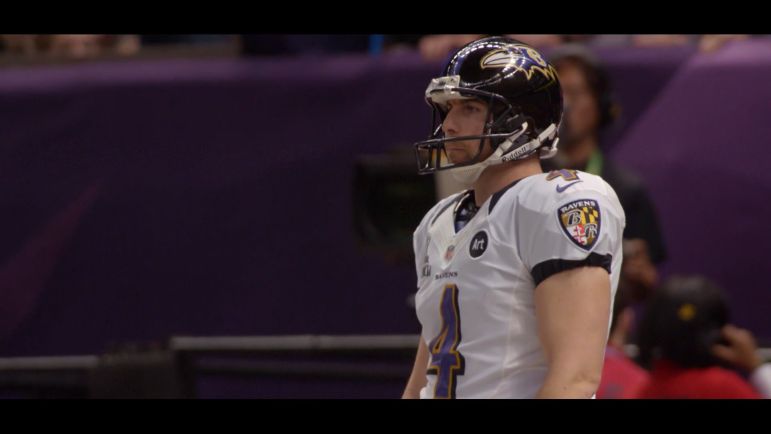 The Baltimore Ravens drafted punter Sam Koch in the sixth round of the 2006 NFL Draft, predating the hiring of John Harbaugh as head coach by two years. Even though he incredibly only made the Pro Bowl once during his 16 years, he was pretty consistently one of the top five punters in the league in any given year.

Now 39 years old, the Ravens understood that they would have to begin looking to the future, and they decided to do that last month, using a fourth-round draft pick on punter Jordan Stout out of Penn State. The 6’3”, 209-pounder, though, won’t have to win the job in a training camp competition.

As we wrote here yesterday, Koch officially announced his retirement yesterday, essentially revealing that the writing was on the wall when they drafted Stout. He said that the Ravens were upfront with him through the entire process, that they may draft a punter—and it wasn’t surprising when they had six fourth-round picks—but that doesn’t mean he’s going away.

While he is retiring from playing, he is also joining the coaching staff as a special teams consultant. He told reporters that he has “no doubt” that he could continue to play this season, but he didn’t want to face the prospect of continuing his career in another city. Now he gets to stay in Baltimore, albeit in a different capacity.

“First and foremost, I’m just excited to work with Jordan”, he said regarding his new job, which will surely focus primarily on doing everything he can to get the most out of Stout. “We’re going to try to make him the next best punter of the Ravens and do everything we can to make him the best punter in the league”.

The Ravens reportedly scouted Stout as the best punter to come out of college in many years, which explains why they were willing to use such a high draft pick on him—though the Steelers are not unfamiliar with this territory, as they drafted Daniel Sepulveda in the fourth round in 2007, who was similarly regarded as a special prospect.

Meanwhile, the Steelers are still hoping to salvage the punter whom they drafted in the seventh round a year ago, Pressley Harvin III, who had a very trying rookie season both on and off the field. While he struggled with his consistency off his foot, he was also losing both his father and his grandmother to long-term battles with illness. His father passed away on Christmas Day, and his grandmother weeks later.