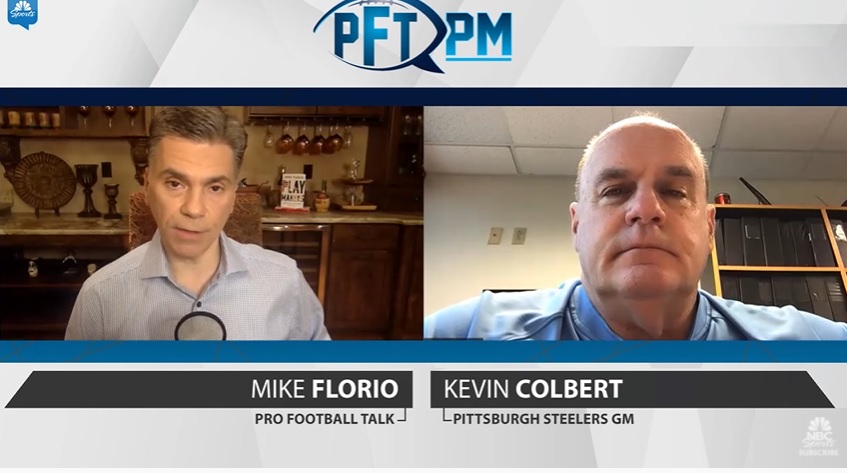 Ever since January 16 and the KC Chiefs’ 42-21 victory over the Steelers, the front office of the team shifted their undivided attention to filling the massive hole under center, being left behind by Ben Roethlisberger, who retired immediately following the game. For several seasons, the writing had been on the wall in regards to the future of the position, even as Ben’s body began to break down. In his prime, even when playing injured, everybody knew that as long as #7 was under center, the Steelers had a chance to come away with victory. However, as Father Time proved yet once again, he is undefeated.

Since that 2004 draft in which the team selected Roethlisberger, the QB position has been a mere afterthought. It’s again why teams try to urgently find that franchise cornerstone-type QB and try to win with them on their rookie deals. Look no further this offseason than the Chargers, who look to be in win-now mode with their talented passer, Justin Herbert, as they’ve added an array of talent on both sides of the ball. For 18 years, the position was solidified, but this past offseason was the first in which outgoing GM Kevin Colbert really needed to devote extra attention to it, leaving no stone unturned.

“I mean every year, we scout every position at every level, just so we do a thorough evaluation and stack the players accordingly,” Colbert told Mike Florio, according to the NBC Sports official YouTube channel. “This year, we knew it would be Ben’s last season from his indications to us, so we went about it differently. We mapped out more live scouting for that position. You have to see them play live, and the scouts, and myself included, collectively on average, we saw each of those quarterbacks play live in a game, at least three times between us. And of course, the film, the workouts, the pro days, the Senior Bowl. We treated everybody the same throughout the whole process, but we were more in detail with it because we anticipated wanting to take one. “

Colbert and the front office’s countless hours spent checking out this year’s crop of QB’s obviously paid off last Thursday evening, when they selected the highest-ranked QB on their board in local product Kenny Pickett. Fittingly enough, no travel was necessary to scout their prized-rookie, as he was directly next door in the exact same practice facility. The team also has been on record stating there was zero speculation when making him the pick, just based on an intimate knowledge of him behind-the-scenes, something that simply scouting games and visiting a pro day won’t reveal.