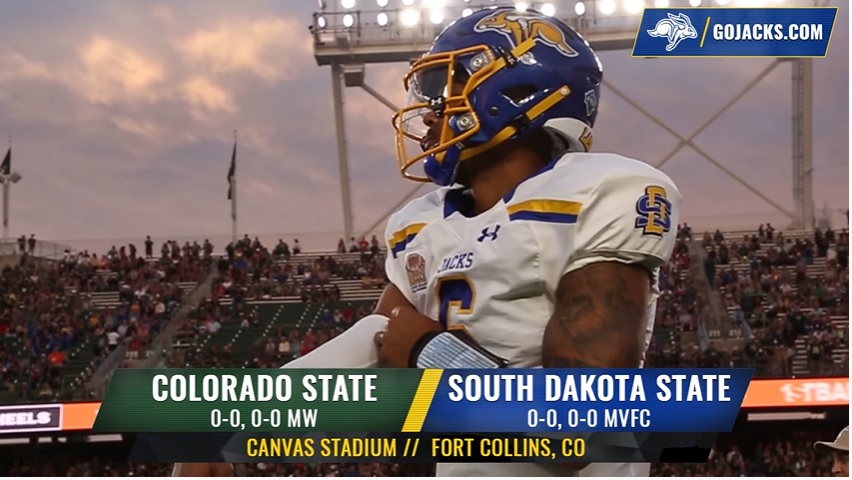 While Kenny Pickett has gotten most of the attention as the Steelers’ rookie quarterback, seventh-round draft pick Chris Oladokun is fighting for a spot on the roster alongside QB Mason Rudolph. Oladokun talked to 93.7 Fan about his experience in Pittsburgh so far.

“It’s been great,” he told the show. “The coaches have really embraced us and challenged us, learning the installs and getting out here and working at a high level.”

He also talked about working with Pickett.

“It’s been really great to get out here and work with Kenny too, he’s been great. And we’re able to get off the field together in the meeting rooms and study together and go over these installs.”

Oladokun said he and Pickett talked about the importance of having a fellow rookie to go through the process of adapting to the NFL, calling it “invaluable.”

Oladokun is a really interesting prospect, as he led South Dakota State to the FCS Semifinals, while throwing for 25 touchdowns and showing potential as a pro-level passer with strong accuracy and the ability to make plays with his feet. The Steelers usually carry four quarterbacks throughout the preseason, and Oladokun is joined in the quarterback room by Pickett, Mitch Trubisky, and Rudolph. Trubisky and Pickett are assured roster spots, while Rudolph has one year left on his contract. While Rudolph has started in the past, he hasn’t shown much that would instill confidence he can make it as a full-time starter in the NFL. If Oladokun looks like he could be a capable backup this season, it may be wise for Pittsburgh to try and gauge Rudolph’s value on the trade market and roll with Pickett, Trubisky, and Oladokun.

It’s also somewhat rare that a team has two rookie quarterbacks in the room at the same time, so it’s good to hear that Oladokun and Pickett are working together to learn the Steelers’ playbook and adapt to the trials and tribulations of the NFL. Both Pickett and Oladokun enter the league as older rookies, as both are 24 years old (Pickett turns 24 early next month, Oladokun will turn 25 before Week 1), which surely will help them in their transition from college to the pros.

While Pickett has the higher upside and will be getting most of the attention when OTAs begin tomorrow, Oladokun is definitely a prospect to keep an eye on. While he may never be a full-time starter in the league, his potential to be a quality backup could be an asset for the Steelers and may lead to them moving on from Rudolph as soon as this offseason. It’ll be fascinating to watch if Oladokun’s performance can earn him a spot on the 53-man roster and shake up Pittsburgh’s quarterback room.