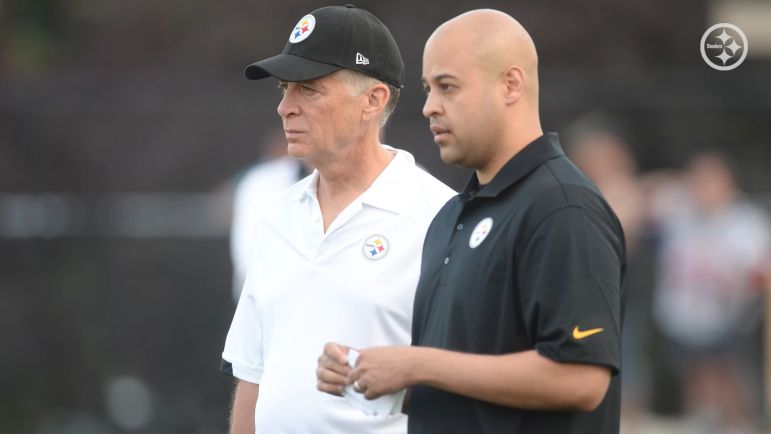 Have you ever looked for positive write-ups about the Rooney family and how they go about conducting their business and came up empty in your search? Yeah, neither have I. They have approaching a century of positive press about their family-oriented, personal, generally ethically-minded business practices, particularly in regards to the management of the Pittsburgh Steelers football team in the NFL.

And the thing is, it’s a situation where the proof is in the pudding. There’s a reason people stay in that organization for such long periods of time. They put a lot of effort into bringing in people who fit their approach and then they let them do their job by empowering them in the ways that they need to be empowered.

Omar Khan, newly appointed as their general manager following Kevin Colbert after working with him for decades, is yet another example, and he talked about how the Rooney family set up not only the organization but himself in particular to have success.

“I think it’s just the way they treat people”, he said of their organizational success, speaking on the Jed Hughes podcast. “It’s really amazing. Our building is full of good people, and this is a credit to the Rooneys, but they treat us so great. They treat us like one of their own. I’ve never felt out of place. They just have a natural way of making sure we all feel good about ourselves. They treat us really, really well”.

“Almost from the very beginning, I just felt like I clicked and I fit in”, he said, of how the Rooney family helped empower that development, coming in as a young 24-year-old who’d been recommended by the league for an interview from the Saints. “It’s hard for me to explain, but Dan Rooney and I had a great relationship. Him and I hit it off from day one, and Art Rooney also. They’ve just been tremendous to me”.

“We gained a lot of trust in each other. They saw my hard work and willingness”, he continued. “I think we all had the same goal of winning a championship, and they saw in me early on that that’s all I really wanted, was to win at least one Super Bowl championship”.

He helped them earn two. Now he is hoping to continue to add to that display case—it’s certainly been long enough since their last addition, as Khan knows as well as anybody. But they’ve at least remained competitive over the years, and have defied the odds time and again when they’ve been counted out. That’s where the organizational character comes in.