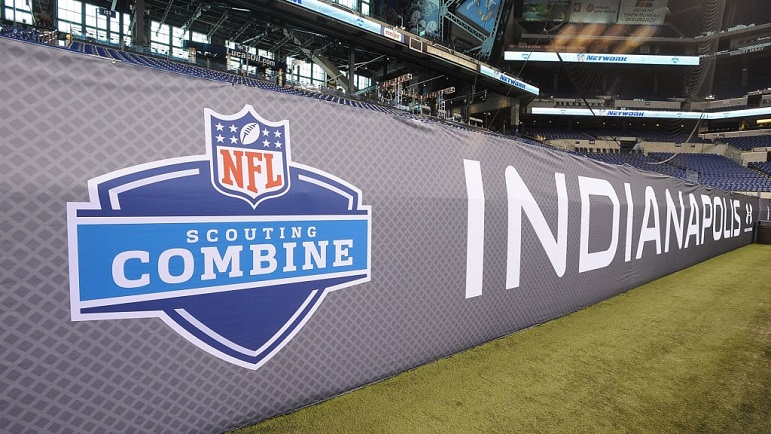 The annual NFL Scouting Combine is staying put in Indianapolis, IN for at least the next two years, the league announced on Tuesday.

This year marked the first time that the combine host was put up to a bid, much like the process that the NFL has used in the past for the Super Bowl and the NFL draft. Proposals were reportedly due to the NFL by April, and Indianapolis was awarded the event for the next two years.

“After close review by our internal team, the Fan Engagement & Major Events Advisory Committee, and the National Invitational Camp staff, Indianapolis remains the best city to host and grow the NFL Combine in 2023 and 2024,” Peter O’Reilly, the NFL’s executive vice president of club business and league events, said in a statement. “Indy’s vision brings together its long legacy of successfully hosting the Combine and executing the evaluation process, with an exciting focus on innovating and further growing the event from a fan and media perspective.”

Reports on Tuesday indicated that Dallas, TX and Los Angeles, CA were the other cities that had submitted bids to host the annual combine.

“Indy is a city built to host major sporting events, and I’m proud the Combine will continue to stay in our city,” Jim Irsay, owner of the Indianapolis Colts, said in a statement.

Studies showed that the 2022 combine generated an estimated $9.6 million in economic impact for the city of Indianapolis.

“We know many cities want to host the NFL Combine, and we’re incredibly appreciative the NFL continues to put its faith in Indy,” said Leonard Hoops, president & CEO of Visit Indy. “We are proud so many media, agents, scouts, coaches, and athletes organically called to keep the event here. And after more than three decades of hosting the Combine, our excitement has only grown when it comes to continuing our work with the NFL and the National Invitational Camp to make the event better every year for all those stakeholders as well as the growing number of fans who want to experience it in person.

Indianapolis’ successful bid reportedly includes a new fan experience outside Lucas Oil Stadium and a legacy program that is focused on mental health, led by Irsay’s “Kicking the Stigma” program.

Indianapolis has hosted the annual scouting combine since 1987. According to early reports, the 2023 combine is scheduled for Feb. 28 through March 6, while the 2024 combine will take place Feb. 27 to March 4. The event is still expected to be covered by the NFL Network. It’s unknown if the start time of the daily on-field segments will continue to be in primetime, which was the case this past year.