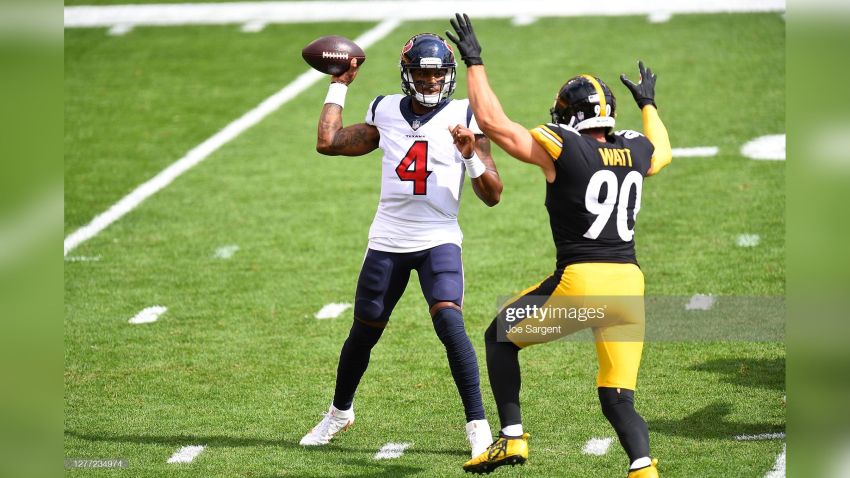 With the Pittsburgh Steelers playing the Cleveland Browns so early this season, a Thursday night Week 3 game, Steelers’ fans now have a vested interest in the outcome of Deshaun Watson’s potential NFL punishment. And the league may be closing in on an answer.

The league is reportedly set on interviewing Watson sometime this week, typically a sign of the league nearing the end of its investigation. Josina Anderson was the first to report the news.

While there is no exact timetable for when the league could announce the results of its investigation along with any (or no) action against Watson, the odds seem more likely there will be an answer well before the season begins. Some thought the NFL wouldn’t make a ruling until after the season once the outcome of Watson’s civil suits are finalized.

Given Roger Goodell’s broad authority, it’s difficult to predict what a suspension for Watson could look like. It’d like be for “conduct detrimental to the league,” similar to what the league used with Ben Roethlisberger, who was initially suspended for six games in 2010. That was eventually reduced down to four. It’s also possible the league doesn’t suspend Watson at all. Should he be suspended, he will still be allowed to be around the team and in the building. He just won’t be eligible to play in games. Cleveland signed Jacoby Brissett to be his veteran backup and he’d almost certainly get the nod if Watson is suspended. The team still has Baker Mayfield on the roster but the odds of him playing another snap for the team are low.

Pittsburgh will play at Cleveland in Week 3 for a Thursday night contest. They won’t face the Browns again until they host them in Week 18.

The Houston Texans traded Deshaun Watson to the Cleveland Browns earlier this offseason with the Browns offering a fully guaranteed, $230 million contract. Watson has started one career game against the Steelers, a 28-21 loss to Pittsburgh in 2020. Watson threw for two touchdowns and one interception in that game. Watson hasn’t played since that 2020 season, sitting out all of last year.