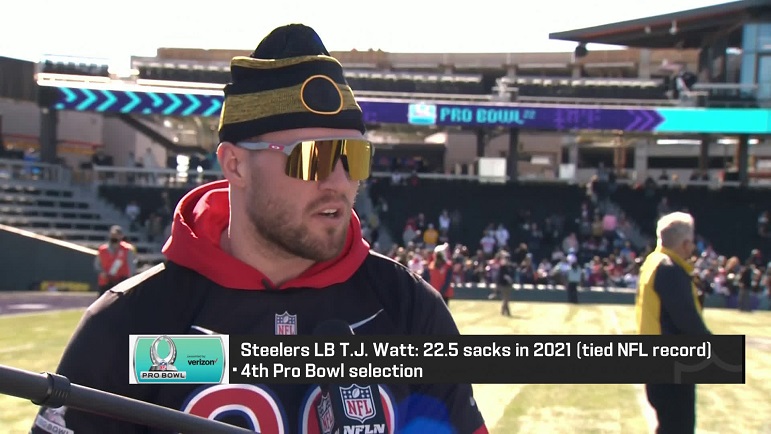 The modern-day version of the NFL’s Pro Bowl has become one of the least exciting all-star games in sports. Players running at half-speed, hardly any tackles, it hardly bears any resemblance to the game and has rightfully been criticized for the snooze-fest it is.

The NFL may finally be making a change. According to multiple reports Tuesday, the league is considering eliminating the game and replacing it with something else. It’s something team owners are discussing during this week’s owner meetings.

The NFL is discussing the Pro Bowl week and ways to improve it — including possibly eliminating the traditional game and using that Sunday to showcase the players in it. Essentially, what are the alternatives?

The NFL is considering the possibility of eliminating the Pro Bowl game but maintaining an event that week, source says. That was discussed with the owners today in Atlanta.

While the NFL still intends on holding an event in lieu of the game, it’s unclear what that could look like. The league brought back skills competitions, but those have received little fanfare as well. Ideally, the game itself could be fixed but there isn’t an easy or practical way to do that. Understandably, players no longer want to play at full-speed and risk injury or more wear and tear after a long season, especially one that now spans 17 games.

Maske suggests a possible 7 on 7 event, though it’s hard to see how that would be more interesting than the current game, which practically functions as that. I suppose an actual change would be a little more honest, though fans of offensive and defensive linemen wouldn’t be happy to see them be phased out (they would still be voted for, I assume).

There could be a seven-on-seven competition, for instance, but not a full game with tackling. No decisions yet but it's under consideration and was discussed today with the owners.

If the NFL wants to create interest in the Pro Bowl or some equivalent, they’re going to need to come up with a radically different idea or create much better incentives (i.e. money) to get players to take the game seriously.

The Pro Bowl existed in different forms as early as the late 30s but existed as an all-star event between the two conferences beginning in 1950. Over the last decade, the league has hinted at making changes with Commissioner Roger Goodell suggesting in 2013 that the game would be dumped. Maybe this year will really be its end. If so, good riddance.