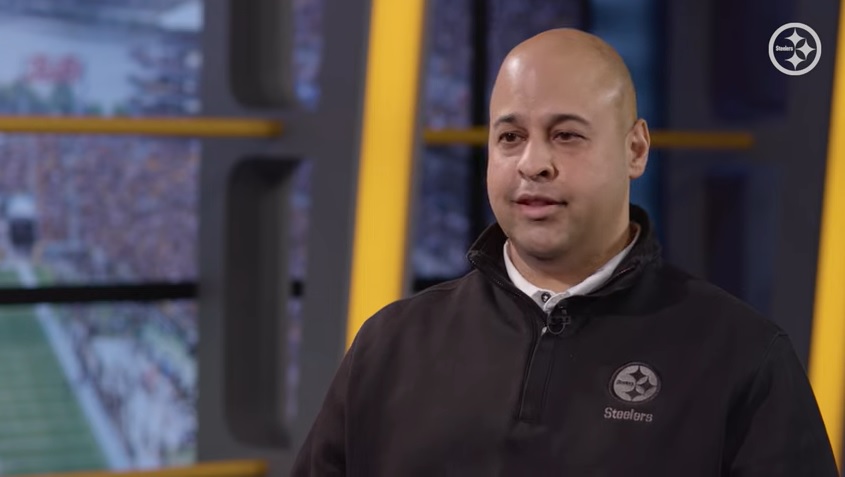 In his first interview as Pittsburgh Steelers GM, Omar Khan outlined his first task as the organization’s new man in charge. Sitting down with Steelers.com’s Missi Matthews, Khan said the first order of business is to put together his front office staff.

“Number one for me right now is putting my staff together,” Khan told Matthews. “It’s a fluid process and continues.”

The Steelers already appear to be in the midst of that process. Along with Andy Weidl being hired as assistant GM, the team will reportedly bring in Detroit’s Sheldon White for a high-level personnel role, though his exact title is not yet known. White replaced Kevin Colbert’s job in Detroit when Colbert became the de-facto GM of the Steelers in 2000.

Other changes are likely to follow. Perhaps the core group of scouts will remain the same given the fact Khan was an internal hire who knows that group but there likely will be turnover. Weidl could bring in his brother Casey, who was let go by the Philadelphia Eagles after the draft. Khan may look to hire longtime Bears’ scout Mark Sadowski, a close friend who worked with Khan at Tulane and New Orleans. In fact, Khan helped Sadowski get his first NFL job with the Saints.

Adding to the roster is another one of Khan’s responsibilities, but he told Matthews he’s happy with the current construction of the roster.

“I’m really excited about that 90 men we have in that locker room. I think we have a great future with that group. Obviously if there’s an opportunity to improve in certain areas, we will. But right now, putting my staff together is number one for me.”

Pittsburgh will likely take the next few weeks to add to their coaching staff and perhaps make a low-level free agent signing or two. Khan will hold a formal press conference at 10 AM/EST, where we’re likely to learn more about his philosophy and plan as the next Steelers’ general manager.