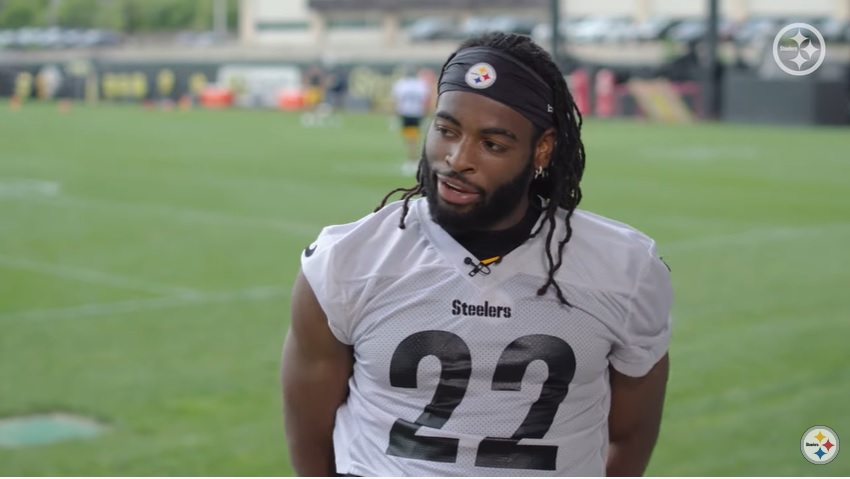 It might only be the end of May but Najee Harris is ready for August. The dog days of summer are just around the corner, and Harris can’t wait to put the pads on and finally hit someone. Right now, it’s football and shorts, and he made it clear to Steelers.com’s Missi Matthews he doesn’t love this time of year.

“Contact-wise, we’re not [doing football activities] and that’s why I just dislike it,” he told Matthews. “I like the contact part.”

That pesky CBA is getting in the way of Harris’ wants, one that had gradually reduced the amount of time in pads players go through whether that’s during the spring, training camp, or in-season. All in an effort to keep guys healthy and avoiding coaches wearing their group down by season’s end.

Still, Harris said this is a good time of year to get to know his teammates, including his many new ones, and begin the team-building process.

Inviting contact is certainly Harris’ style and at 244 pounds, he’s capable of imposing his will on defenders. He saw a lot of contact last season behind a struggling and patchwork offensive line. But Pittsburgh made moves to upgrade its front five, signing James Daniels and Mason Cole early in free agency, with returning faces like Dan Moore Jr. and Kendrick Green gaining experience while Kevin Dotson regains his health.

If there’s any silver lining, Harris gained some statistical ground late in the season, and his yards per carry perked up down the stretch. Here’s how his average compared over the first thirteen weeks versus the final five.

In fact, his yards per carry increased by exactly one yard, 3.68 to 4.68. It still came in fits and starts and was buoyed by a great performance against the Cleveland Browns, but those are the types of performances the team will need out of Harris this year, regardless who they have under center.

With Harris proving himself his rookie season, the Steelers may be more careful with him in training camp. He’ll still put on the pads, but like Le’Veon Bell and James Conner before him, Mike Tomlin may be reluctant to use him in a lot of full-contact situations. Harris is again in line for 300+ carries and nearly 400 touches, and there’s no good reason to put a lot of wear and tear on his body in a Steelers versus Steelers setting. Harris had 46 carries across 13 practices in 2021, and though that number isn’t too terribly high, the team will likely keep him below that mark this summer when he makes his first trip to St. Vincent College.