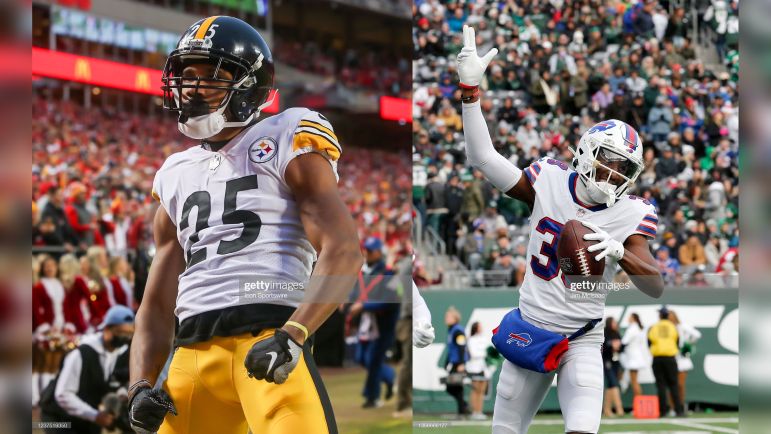 Pittsburgh Steelers president Art Rooney II on the second day of the draft cited defensive back as one area of the roster the team hoped to address over the final six rounds. He also named wide receiver and the defensive line. They addressed the latter two in the second and third rounds, but went without taking a defensive back at all.

They did, however, very quickly turn around and sign veteran Damontae Kazee to a one-year contract, a safety with slot capability. Kazee was cited as one of the three safeties they were interested in in free agency, along with their own free agent, Terrell Edmunds, whom they also re-signed shortly before the draft.

The Steelers had five defensive backs hit free agency. They re-signed four of them and then signed two from outside free agency. Knowing that Kazee was available probably gave them some comfort in navigating around it as well. They did acknowledge that their work in free agency after the draft.

Head coach Mike Tomlin was asked about the numbers that they currently have, not only in the defensive backfield, but also along the offensive line, another area of the roster that they did not address, and he acknowledged that they have some comfort there.

“We added to those [positions], to that mix, in free agency”, he said. “And there’s two ways, obviously, that we add to our talent pool, free agency and draft, and we felt really comfortable with what we were able to do in both rooms”.

The Steelers’ starting secondary last season consisted of Joe Haden and Cameron Sutton at outside cornerback with Arthur Maulet in the slot, and Minkah Fitzpatrick and Terrell Edmunds at safety. Haden, Maulet, and Edmunds were among their five free agents in the defensive backfield, and they re-signed Edmunds and Maulet.

They also re-signed Ahkello Witherspoon, who had opportunities to start and contribute down the stretch and performed well. Then they added another outside cornerback in free agency, signing Levi Wallace from the Buffalo Bills.

Sutton, Witherspoon, and Wallace now make up their top three cornerbacks, with Maulet a slot option, and James Pierre could be a contributor as well. Second-year Tre Norwood is also slot-capable in addition to playing safety, but Kazee could potentially be their dime defender now—or even compete with Edmunds to start.

The Steelers will have to figure out the numbers in the secondary. With the addition of Kazee, things don’t look so good for 2019 third-round cornerback Justin Layne, who has been on the bottom of the depth chart. If they keep five safeties, they probably don’t keep six cornerbacks, especially with multiple safeties offering slot versatility.