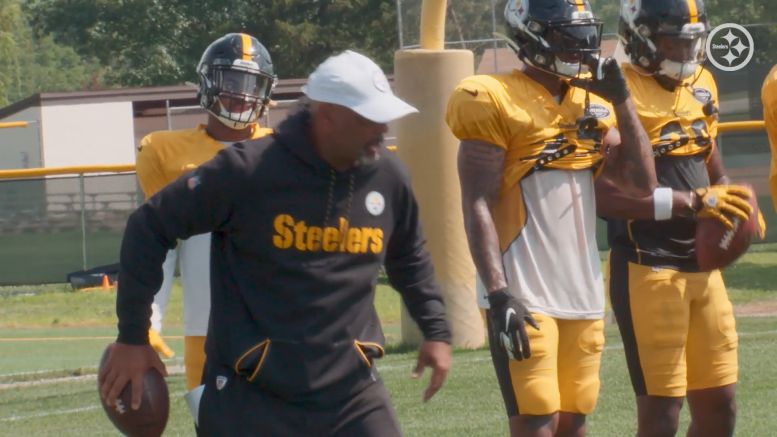 The Pittsburgh Steelers have undergone a lot of change this year—even if they have taken steps to minimize how significant that change is. Kevin Colbert stepped down as general manager. They promoted Omar Khan. Ben Roethlisberger retired. They drafted the quarterback who played at Heinz Field for the past five years.

Likewise, defensive coordinator Keith Butler retired, and in his place, they promoted Teryl Austin, who has coordinating experience elsewhere. But he has been in the Steelers’ system for two years now; how much change can he bring?

We’ll find out over the course of the season, but he’ll also have some new pieces to work with—among those most notable being cornerback Levi Wallace, who was signed this offseason to replace Joe Haden. Wallace has been loving his experiences with the Steelers’ coaching staff so far, coming over from Buffalo.

“It’s a little bit different. It’s unique. But I love how he is as a play-caller thus far, and I love the defense that he uses”, Wallace told reporters yesterday about Austin, speaking to Wes Uhler and Tom Opferman on Steelers Blitz, part of the Steelers Nation Radio network. “He’s also just a really great person to talk to, ask questions to. Easy to communicate with, so I definitely appreciate that”.

Of course, talking about Austin as a play-caller has to be taken with a grain of salt. It is widely assumed that head coach Mike Tomlin will wield the vast bulk of the in-game play-calling responsibilities, something that, according to Butler, he has done since the latter stages of Dick LeBeau’s time in Pittsburgh.

But Austin will be intimately involved in building the defense and setting up scripts leading up to the game. And he’s proven to be a great instructor and communicator in the eyes of his players. “Just seeing how he sees it through his eyes, giving me the best chance” of executing it, as Wallace said.

“He breaks it down. His door is always open for me and for the rest of the guys, too”, he added of his new defensive coordinator. “It’s easy to communicate with him and ask him, ‘What could I have done better here?’, and he can give you a truthful answer”.

The Steelers first hired Austin in 2019, giving him the title of senior defensive assistant/secondary. He previously had stints in Cincinnati and Detroit as defensive coordinator, and was once a regular presence on the head-coaching interview circuit. He still hopes for that opportunity one day.

Perhaps this tenure as Steelers’ defensive coordinator will provide him the platform that finally rewards him with the opportunity to take that next step in his career evolution. Perhaps not. But whatever may come in the future, he’s making a strong impression on the team’s new defensive setter.