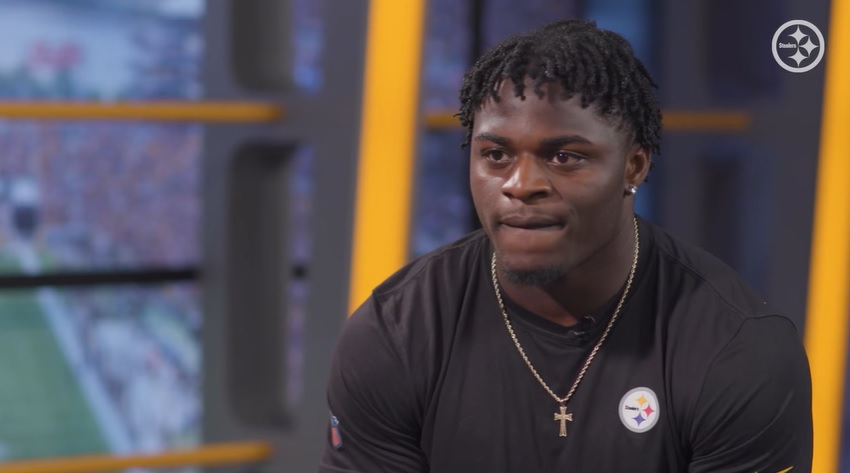 It didn’t take long for Mark Robinson to know the Steelers’ teammates he should be emulating. Just a month into his NFL career, Robinson said he’s watching how key starters act and go about their business in order to be his best self heading into his rookie season.

Sitting down with Steelers.com’s Missi Matthews, Robinson explained who he’s leaning on.

“Myles Jack,” Robinson said. “I watch him. Minkah and Najee and Cam, just watching them. Not so much verbally speaking to them but watching the way they move and how they handle business. They might not even know it but I’m definitely paying attention.”

Jack was one of several Steelers’ offseason signings in their busiest and most expensive free agency in team history. Shortly after being released by the Jacksonville Jaguars, he signed a two-year deal with Pittsburgh. Replacing Joe Schobert, he’ll start opposite Devin Bush to create an athletic off-ball pairing, though both players are hoping to improve on their 2021 performances.

Robinson steps into a deep and veteran off-ball linebacker room. Jack sits at the top, still just 26 years old but entering his seventh year in the league. Bush is heading into his fourth season while the Steelers’ backups also have good experience in Robert Spillane (fifth year), Marcus Allen (fifth year), and Ulysees Gilbert III (fourth year). It’s a room with different body types and styles of play and a good group to learn from.

Robinson’s path may need to be similar to Spillane. Undrafted in 2018 and lacking great size or athleticism, he climbed the ladder from practice squad to ace special-teamer to defensive starter when injuries struck. He’s reverted back to that backup/special teams role, but he’s beat the odds and made a serious NFL impact.

Though the team let Joe Haden go in free agency, they still retain key defensive leaders. Heyward above all others in addition to Fitzpatrick and T.J. Watt and younger guys like Cam Sutton growing into bigger leadership roles. For Robinson, there’s no shortage of talented players with high work ethics to watch work, and it sounds like he’s taking every opportunity to get better. That’s a good place to start for a seventh-round pick.