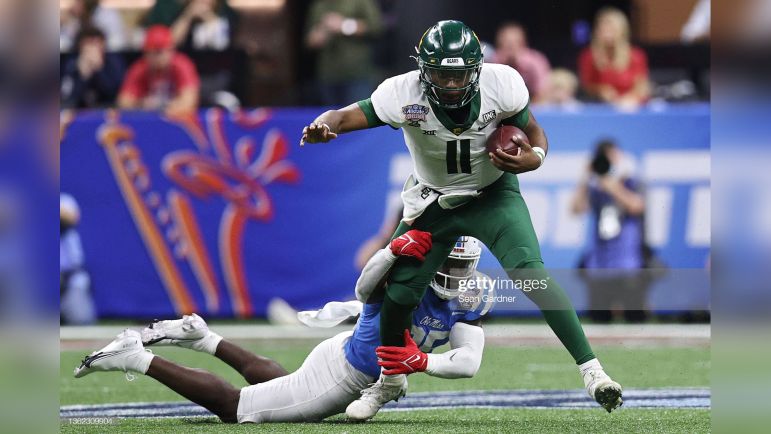 The Pittsburgh Steelers spent just two of seven draft picks on the defensive side of the football last weekend. One of those two defensive selections did not come until the seventh round, and it came at arguably their most crowded position at inside linebacker, where they return seven players who were on the 53-man roster last season (or would have been; swapping Joe Schobert for Myles Jack).

Joining the mix is Ole Miss’ Mark Robinson, who started playing linebacker *checks notes* last year. But Kevin Colbert wouldn’t have pulled the trigger on drafting him if he didn’t think that he would have a chance to make the team, and he laid out why in an interview with Pat Kirwan and Jim Miller on SiriusXM Radio recently, recapping the draft.

He has a friend who was at the University of Mississippi from high school, so, they reach out, he walks on as a runner at Ole Miss, and in doing that, he took some reps as a scout team linebacker, and all of a sudden, he’s making a bunch of plays.

He takes over the job, I believe it was four games into the season—he starts nine out of 13. He’s an explosive tackler. That’s the one thing that stuck out about Mark. He’s gonna have to learn how to play in coverage, but his downhill abilities were very impressive, and the impact he hits folks with really caught our attention.

Robinson finished the 2021 season with 91 total tackles in 13 games with nine starts, including five and a half tackles for loss. He also recorded three sacks, which is not a bad start with his first exposure to defensive football after spending the entirety of his football life up to that point playing on offense.

This is in contrast to the aforementioned Jack, who was also a running back for most of his time growing up, but began playing linebacker in his final two years of high school, so he had five years of playing the position by the time he was drafted in the second round.

Still, Robinson can potentially learn a thing or two from the veteran about making that adjustment, particularly mentally, from playing on offense to playing on defense—and hopefully he can also pass along some tips about working in coverage, because the young man is going to need that if he expects to play much on defense.

It goes without saying that his first job is going to have to some on special teams. If he shows he can run down the field and wallop a return man or two, he’ll have a chance to stick. Devin Bush, Jack, Robert Spillane, and perhaps Buddy Johnson seem the surest bets to make the team, but Marcus Allen, Ulysees Gilbert III, and certainly Tegray Scales, all special-teamers, can be considered vulnerable. And Johnson’s security is preliminary and based on his showing growth in year two.

Mark Robinson somewhat has a Vince Williams feel to him. Look at this hit. #Steelers #NFL pic.twitter.com/FpOW9eU4TR