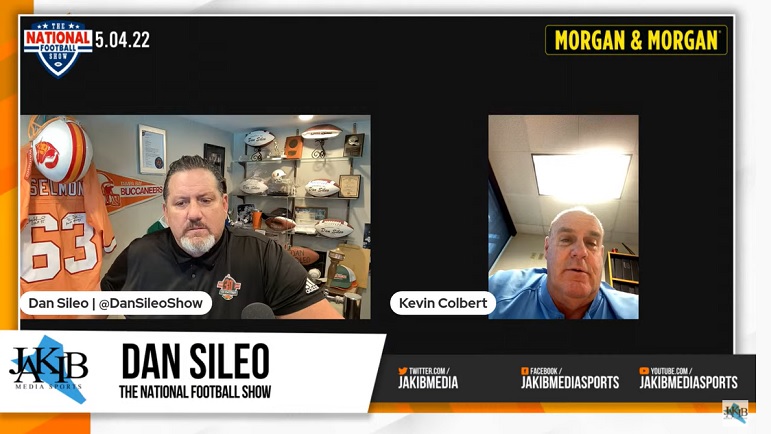 Kevin Colbert is heading out the door. Who is walking to replace him is anyone’s guess. Pittsburgh cast a mile-wide net of candidates to be the team’s next GM, interviewing a whopping 16 men over the course of the offseason. Some names were familiar, including two internal candidates in Brandon Hunt and Omar Khan, long-time members of the Steelers’ front office. Some were former-GMs, like Jerry Reese and Rick Spielman. And some are external candidates with ties to Pittsburgh, just as Colbert had before being hired in 2000. One man in that camp is the Philadelphia Eagles’ Andy Weidl.

“Andy was actually our first intern when I got into Pittsburgh,” Colbert told Sileo. “He worked for Tom Donahoe as the Steelers’ intern. He only worked for us for a week because the internship ends after two years. And he was coming to the end of his second year. So I’ve known Andy forever.”

After leaving Pittsburgh, Weidl worked as an area scout for the Baltimore Ravens and New Orleans Saints, evaluating college prospects during the season and Pro Day process. He was hired by the Philadelphia Eagles in 2016 which, funny enough, included the Steelers’ Hunt as a candidate for Player Personnel Director. Ultimately Joe Douglas job with Weidl serving as his assistant. When Douglas took the New York Jets’ GM job, Weidl moved up the ladder and now, Weidl is in the mix to be the Steelers’ next GM. And for whatever it’s worth, the Eagles fired Weidl’s brother today so Andy might be ready to go somewhere new (of course, even if they hadn’t, the chance to become a NFL GM is hard to pass on, brother or not).

Colbert confirmed to Sileo he recommended Weidl to Rooney. Though on the surface, that may sound incredibly newsworthy, the reality is Colbert essentially recommended all 14 external candidates to Rooney. With the knowledge of what it takes to be GM, Colbert’s task was to create the initial list of names for Rooney to get to know. From there, Rooney will evaluate, create a finalist list, with he and Mike Tomlin vetting that group before Rooney makes a final decision.

While the list of names reflect people of different backgrounds and stories, they all have a common thread. Like Colbert, they worked their way up the scouting ladder.

“All the guys we interviewed, they had a background in pro scouting and college scouting. If they weren’t with the Steelers, I just tried to give them ideas of who the right folks might be. And that was the criteria we looked for. And Andy certainly fit that role.”

Colbert began as a BLESTO Scout, one of the two league-wide scouting agencies (National is the other) before becoming a Pro Scout, Personnel Director, and eventually, coming home to run the Steelers.

What are the odds Weidl is hired? The PPG’s Gerry Dulac reported last month he considers Weidl to be the frontrunner. Of course, Dulac also said the Steelers weren’t targeting a first-round quarterback and well…Kenny Pickett is still in Pittsburgh.

Hunt has been viewed as the frontrunner for the job for several years and he may still be the favorite. Like drafting Pickett, the Steelers know Hunt – and “cap guy” Omar Khan – the best. But the Steelers aren’t afraid to go out-of-house for front office hires. Colbert was one. So was Mike Tomlin, beating out in-house favorite Russ Grimm. There’s no timetable on when Rooney will make a final decision. But with Colbert’s contract expiring at the end of the month, odds are good Rooney will pick a name over the next four weeks.