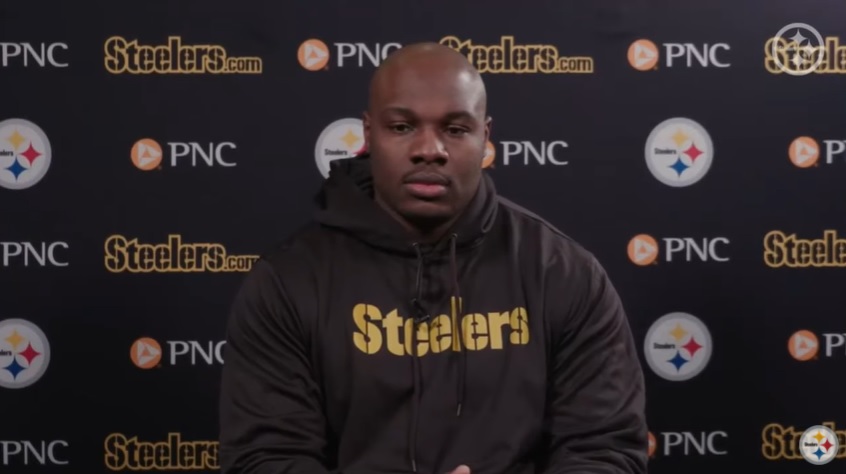 Following four seasons in Chicago featuring a number of changes from an offensive coordinator’s standpoint each season, new Pittsburgh Steelers’ right guard James Daniels is stepping into a relatively stable situation compared to what he’s experienced to date in his career.

Ahead of his second day of Phase 3 of OTAs with the Steelers at the UPMC Rooney Sports Complex on the South Side Wednesday, Daniels sat down with hosts Wes Uhler and Arthur Moats on the Steelers Blitz show on Steelers Nation Radio and discussed his transition to the Steelers and offensive coordinator Matt Canada’s scheme.

While there’s no pads on and no real hitting happening within the OTAs at this time, Daniels stated to Uhler and Moats that he’s more focused on his overall technique of hand placement and footwork overall within the scheme, rather than the physicality or feeling completely confident in his role within the scheme.

If you’re an O-line buff, you might enjoy new Steelers right guard James Daniels breaking down how the unit is being instructed by new coach Pat Meyer pic.twitter.com/bSHaE4o7lT

“Well, so, it’s hard because we don’t have on pads. It’s very hard to focus on the physicality part, and so right now I am focusing on handwork and foot placement,” Daniels said to SNR, according to audio via iHeart.com. “Because once camp starts and once we put on the pads, that’s when you can start working on the physicality part. But right now it’s really just all hand work, foot placement and really like reading…finding out how defenses compare to our schemes.

It shouldn’t come as a surprise that Daniels is still trying to learn the offense. After all, they’re still in the OTAs portion of the calendar. That doesn’t mean he’s struggling or that the scheme is too complex, just that he’s still trying to learn it front to back. After having to learn a number of systems in Chicago year after year, he’ll be up to speed rather quickly.

That said, it’s very obvious with Daniels — even on a new team — that OTAs aren’t his first rodeo. While it’s really just glorified football in shorts and a way for the team to get together and go through some actual football drills, it’s a light practice overall in the grand scheme of things. Daniels, who has played in 54 career games, isn’t wasting the opportunity to improve though, utilizing his time on the field in OTAs to work on his hand usage and footwork under new offensive line coach Pat Meyer.

Meyer, of course, is implementing some new strategies along the offensive line overall, which is what Daniels is attempting to work on and handle overall. Knowing he’s locked in at right guard moving forward surely helps, as well.