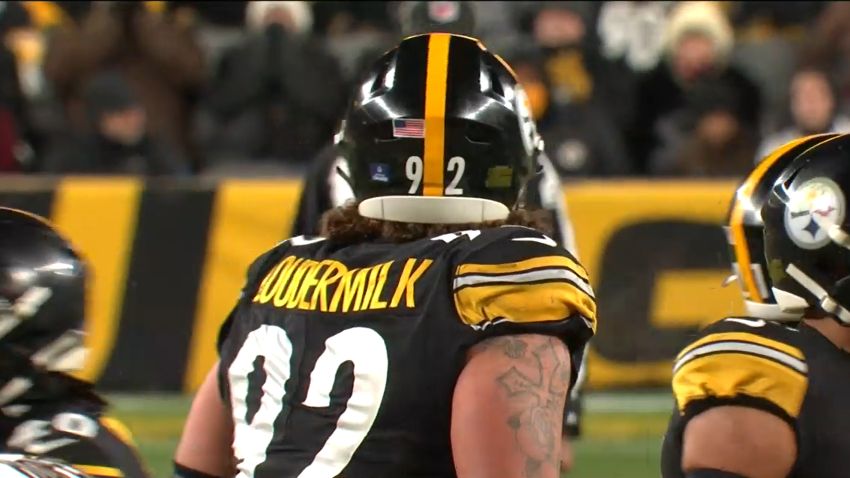 One thing the Pittsburgh Steelers can say that they have along their defensive line is depth. Just how good that depth is still remains to be seen, but they have accumulated players over the years to the point where they have 10 players who have spent meaningful time on 53-man rosters, and a rookie third-round draft pick.

That would tell you, at least in theory, that at least one or two players with some modicum of talent are going to be left on the outside looking in. Could one of those players possibly be second-year Isaiahh Loudermilk? Well, it depends on how many defensive linemen they’re willing to keep, I believe. But he believes he is in a better position this season to take advantage of his opportunities.

“I feel a lot better right now than I did a year ago”, the 2021 fifth-round draft pick recently told Sam Dehring for WDJT Milwaukee. “Getting able to do that for the first year was fun, but you know as the year went on I just got more comfortable”.

Loudermilk was a healthy scratch for just one game during his rookie year, though that comes with a pretty sizeable caveat. Stephon Tuitt spent the entire season on the Reserve/Injured List, and then Carlos Davis was injured in the season opener. Tyson Alualu suffered a season-ending injury a week later, permanently opening an active roster spot for the Wisconsin product.

In all, he dressed for 15 games (missing one late in the year due to injury), actually starting two, and logging close to 300 defensive snaps during the regular season. He accumulated 23 tackles, a sack, and three batted passes for his efforts, his performance progressively improving as the year wore on.

But where does he fit in this year, presumably with Tuitt and Alualu back? Chris Wormley consistently started ahead of him last year, and Montravius Adams appears to be likely to be the other reserve to dress as their five on Sunday.

And then there’s the matter of Leal, their third-round pick. But these are not the matters that Loudermilk focuses on—they are not elements that he can control, for one thing. They don’t help lead him to his ultimate goal to focus on others.

“Ever since I started playing football I thought of it as an opportunity”, he said. “Especially me being blessed with the size I have — the height, the weight, all of that. Opportunity is big for me and I was given a great one so I’m definitely not going to let that pass without making the most of it”.