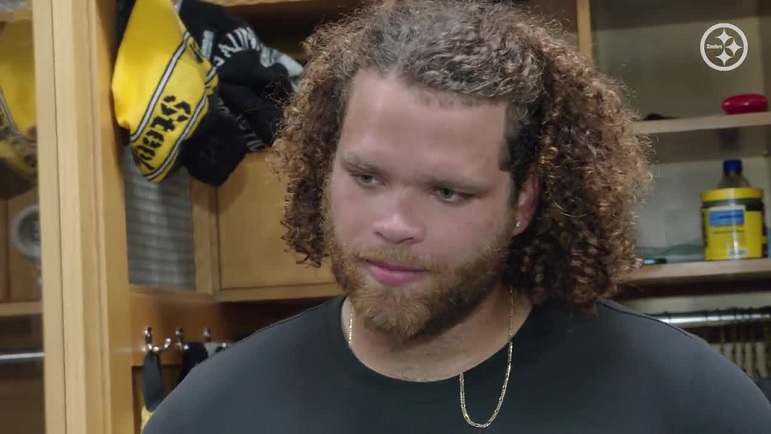 The Pittsburgh Steelers have a fever. And the only prescription is… for everyone to stay in their damn gaps.

As Cam Heyward so beautifully put it, that’s the key to the Steelers’ run defense rebounding from a historically bad 2021 season. It was a tough way for a rookie like Isaiahh Loudermilk to enter the league. In 2022, he doesn’t want to be part of the problem. He wants to be the solution.

Speaking with reporters via the Steelers’ YouTube channel following Tuesday’s OTA practice, Loudermilk discussed the need to improve his and the team’s run defense.

No team was as bad stopping the run last year as the Pittsburgh Steelers. They allowed 5.0 yards per carry, not only the worst in 2021 but by far the worst in team history. Four teams ran for over 200 yards against them, making this unit far removed from the groups that seldom even allowed a 100-yard rusher.

To put things in perspective, the Steelers allowed more 200-yard rushing performances last year than they allowed in the previous three seasons, 2018-2020, combined. From 2001 to 2015, the team only allowed one opposing offense to hit that mark, one of the most remarkable team defense runs in modern history, and they furthered the expectation that no matter what, you couldn’t run on the Pittsburgh Steelers. That notion was shattered last year.

“When it comes to the run, I definitely feel comfortable,” Loudermilk said. “There’s still a lot I gotta learn, a lot to improve on.”

Still, there’s good reason to think the Steelers will be in a better place come 2022. Loudermilk will be in his second year, another year older, wiser, and probably stronger, recently saying he wanted to improve his lower body strength. Nose tackle Tyson Alualu is back healthy, and there’s a strong correlation between his health and the team’s run defense success. Montravius Adams enters his first full year with the team after impressing the back half of last season. And Stephon Tuitt will – hopefully – return, the biggest boost of all, which would allow Chris Wormley to become an excellent rotational backup. Add in better results from the linebacker group and Pittsburgh has all the pieces to return to top-10 dominance in 2022.

Of course, how things look on paper and how they go on the football field are two different things. Loudermilk and this group is walking the walk. Come September, they’ll have to talk to talk.