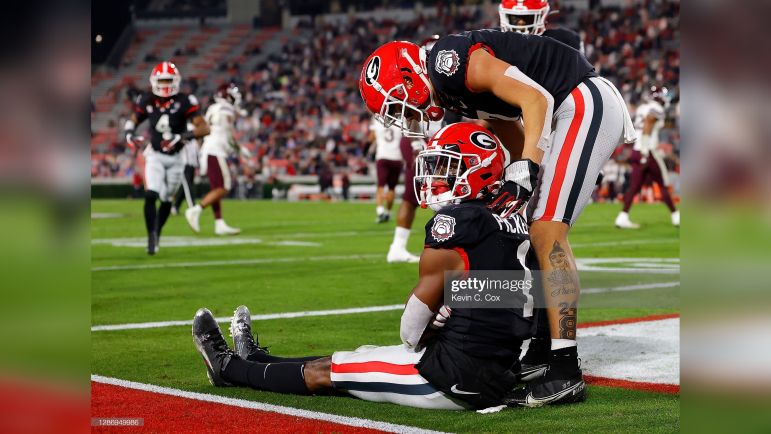 George Pickens is a young, talented wide receiver. Watching only what he has done on the field, you would say that he was a first-round draft pick. Coming off of an ACL injury didn’t help his draft stock, admittedly. While it’s never something I paid much mind to, evidently, there was some concern about his maturity, as well, but the consensus appears to be that he wound up in the right place in that regard.

That was the takeaway from the conversations ESPN Insider Jeremy Fowler had in the week following the draft. Indeed, he writes in a recent article, that Pickens entered “an ideal scenario”, and that “Pickens and people close to him are happy he is going to a good environment like Pittsburgh’s to learn from trusted veterans and absorb a model NFL culture”.

Now, there aren’t a ton of veterans left on offense. In fact, the preponderance of their veteran presence on the offensive side of the ball is culled from their 2022 free-agent signings: quarterback Mitch Trubisky and interior offensive linemen James Daniels and Mason Cole.

Wide receiver Diontae Johnson is now the elder statesman in Pickens’ position group, going into his fourth season. Chase Claypool is going into year three. These are not the seasoned veterans one would normally picture when talking about a rookie being immersed into a team’s culture. But there’s always Cameron Heyward to give him a good slap upside the head (when he’s not busy with Connor).

That wasn’t only Fowler’s takeaway. In an extensive post-draft analysis by Mike Sando of The Athletic, he also noted an identical sentiment regarding the belief in a wide variety of circles that Pickens wound up in the right place for him to flourish on and off the field.

“Execs saw the Steelers’ Mike Tomlin as an ideal head coach for managing Pickens, whose maturity was a concern at times during his career at Georgia”, Sando wrote while discussing the talented second-round draft pick, who should have ample opportunity to play as a rookie.

Of course, perceptions of Tomlin’s ability to control a roster vary expansively. Some believe he is incredible at it, others terrible, often citing the same reasons. It typically depends upon one’s perspective: did he cause it, or did he manage what he was dealt? We as outsiders certainly can’t say with any kind of clarity.

Whether he’s in the right place or not, though, Pickens is in Pittsburgh, and he’s here to be the next big thing for the wide receiver position, new franchise quarterback Kenny Pickett’s potential new favorite target as the pair ushers this Steelers offense into the uncharted post-Ben-Roethlisberger era.