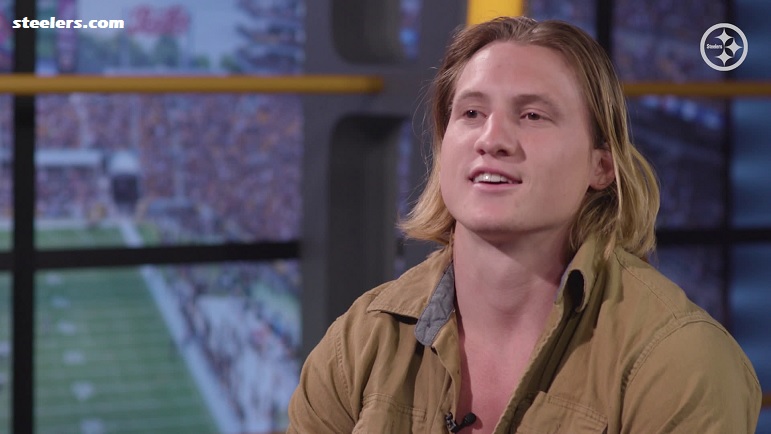 Gunner Olszewski didn’t need many words to explain why he chose to sign with the Pittsburgh Steelers. In fact, it only required two.

Coming from New England, Olszewski knew the value of a great head coach and stable organization. When the Pats moved on from him, declining his tender, Pittsburgh was the next logical place to go.

Appearing on Steelers Nation Radio Tuesday, Olszewski explained exactly why he inked a deal with Pittsburgh.

“Mike Tomlin,” he told hosts Arthur Moats and Wes Uhler via the Steelers Blitz podcast. “That’s it. And how lucky am I? I mean, I got to play for a great organization in New England. I ain’t with them no more so my loyalties are all here, don’t make no mistake. Getting the chance to play for Mike Tomlin, I go from one of the best to another one of the best and I just am excited to soak up the knowledge and learn. And it’s, it’s awesome, man. It’s great to be here.”

Despite the Steelers’ playoff drought, Tomlin is regarded as one of the league’s top coaches and Pittsburgh has arguably the most stable organization in the league or at least right up there with the likes of the Patriots. The Steelers also offered a bit of security in offering Olszewski a two-year deal and though contracts are worth the paper they’re printed on, odds are good he makes the team.

Olszewski is likely to most closely replace Ray-Ray McCloud and function as the Steelers’ new kick and punt returner. He was a Pro Bowl punt returner in 2020, average a blistering 17.3 yards per return with one touchdown. His numbers predictably dipped in 2021 but still came in at nearly 12 yards per try while he spent his second-straight year handling kick return duties for the Pats.

Since signing in March, the Steelers’ receiver room has gotten crowded, limiting Olszewski’s chances of carving out a role on offense, something he struggled to do in New England. But he has the makings of a quality #5 receiver who will return kicks, punts, and contribute on the coverage unit. It’s possible he finishes top three on the team in total special teams snaps played. His signing is a reminder of what players around the league think of Tomlin and the pull he has in attracting free agents. Olszewski isn’t the only one. Linebacker Myles Jack cited Tomlin as the #1 reason why he came to Pittsburgh, too.