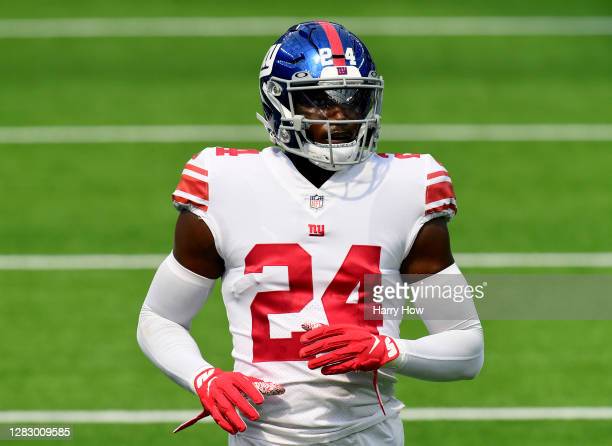 Dan Duggan, the New York Giants beat writer for The Athletic, wrote about the team’s release of cornerback James Bradberry in an article on Monday. In the article, Duggan lists the Pittsburgh Steelers as a potential landing spot.

Duggan writes that the Giants and Texans had a trade agreement in place for a late-round pick in exchange for Bradberry, but it fell apart after Bradberry and Houston couldn’t agree on contract terms, and the Giants wanted a higher pick if they were to pay some of Bradberry’s salary in the deal. Aaron Wilson of Pro Football Network tweeted that the two parties were over $5 million apart in salary and they aren’t expected to continue discussions even with Bradberry a free agent.

“Though trade interest in Bradberry was tepid, expect a stronger market to materialize now that teams have the freedom to negotiate a deal from scratch without needing to part with any draft picks. The Eagles, Chiefs, Raiders, Bengals and Steelers are among the potential landing spots.”

Bradberry spent two seasons with the Giants after four years in Carolina. He was named to the Pro Bowl his first season in New York, but his performance dipped last season. With the Giants hiring former Ravens’ defensive coordinator Wink Martindale and his man-heavy coverage scheme, Bradberry, who functions better as a zone corner, wasn’t thought to be a fit in the system, which coupled with his salary and performance dip last season led to his release.

Pittsburgh re-signed Ahkello Witherspoon and brought in Levi Wallace at cornerback in free agency. Former Steelers CB Joe Haden is also still a free agent, although I’m not sure how likely it is the team reunites with him at this point. The Steelers cornerback room is experienced, but there’s absolutely the possibility they look to add someone with the experience and ability Bradberry has flashed. His measurables also fit the criteria Pittsburgh usually looks for in its cornerbacks, but with Kevin Colbert leaving his post as GM, that criteria could change a little bit with whoever the new GM hire is.

Bradberry is definitely a name to watch as the Steelers look to finish building their roster in the coming weeks and months. Let us know in the comments below what you think about the Steelers being linked to Bradberry.

For those asking about James Bradberry, once again, if #Steelers do have any interest, it would likely be in terms of a two or three-year & especially if more than $3M per year. His last deal had a new money average of $14.5M. On the surface this seems unlikely unless 2/$16M max.