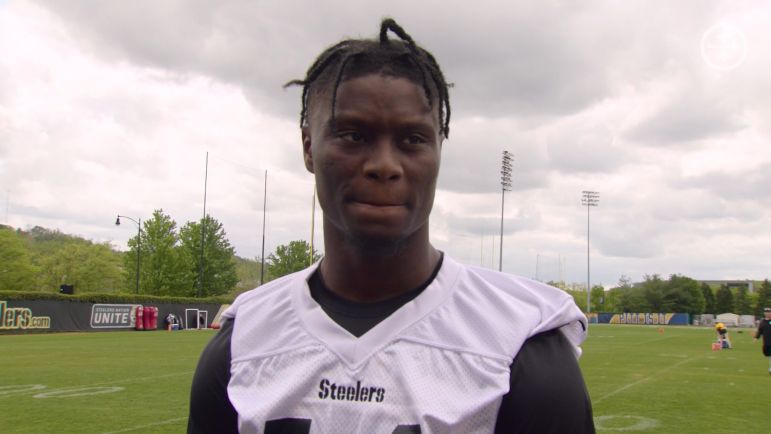 George Pickens tore his ACL during a Spring practice with the George Bulldogs on March 23, 2021. He played his first game following the injury on November 27, 2021, a mere nine months following the injury. Of course, he wasn’t 100 percent, and wasn’t playing fulltime, logging a whopping five catches over a four-game span.

But he didn’t even have to come back to play. He probably didn’t much help his draft stock with those five catches, even if one was a 52-yarder to help the Bulldogs beat Alabama for the College Football Championship. What solidified his draft stock was showing he was healthy during Georgia’s Pro Day.

He said after the Pittsburgh Steelers drafted him in the second round that it was at the Pro Day that he ran entirely unhindered, without a brace or anything, since his injury, which at that point was approaching one year prior. Still, many believe that you’re not all the way back from an ACL injury in your first year. Pickens feels he is all the way back, now roughly 14 months removed.

“No, it’s not anymore lingering. That’s been a full year ago, so yeah, I’m back to 100 percent now”, he told reporters during Pittsburgh’s first day of rookie minicamp yesterday. One thing everybody from the team consistently talked about after they drafted him was that it was his Pro Day performance, with Steelers wide receivers coach Frisman Jackson personally putting him through drills, that convinced them he was their guy.

So he’s proven that he is healthy, and that his knee will not be an obstacle moving forward in terms of his integration into the NFL and into their offense. But he still has to prove himself on the field, and he has a simple approach for that.

“I’ve been doing what I’ve been doing my whole career, and that’s just, put my head down and working”, he said about how he handled the first day of rookie minicamp in terms of what he wanted to show the coaches. “That’s probably gonna put you in the best position to succeed”.

Pickens was the Steelers’ second-round draft pick, as mentioned, and he comes in with a role waiting for him after the team lost JuJu Smith-Schuster, James Washington, and Ray-Ray McCloud in free agency. He should be the prohibitive favorite to start the year as the number three receiver alongside returning starters Diontae Johnson and Chase Claypool.

And there’s nothing to slow his progression down now that he’s on the field. It’s certainly not unique for a player to return after nine months from an ACL injury, especially a young player who is otherwise very healthy, but nevertheless, it’s quite an impressive feat—the fact that it happened so fast, and the fact that he decided to rehab so aggressively to get back on the field knowing that he would be entering the draft anyway.