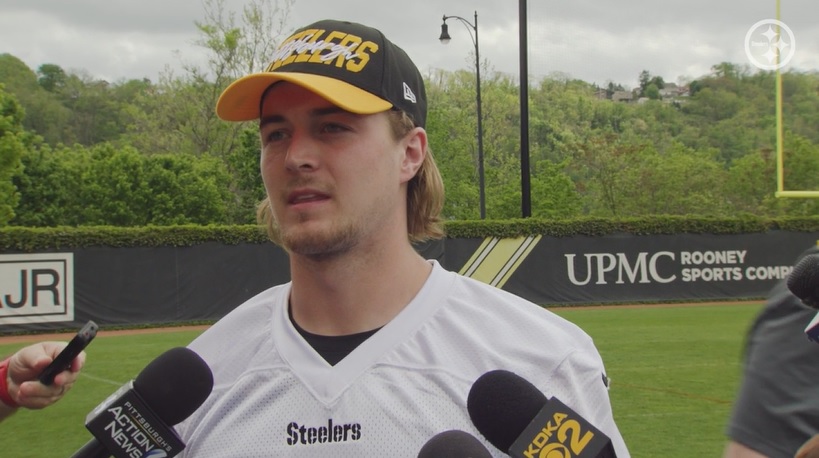 With Tom Brady unretiring and playing to, I assume, he’s 63 years old, Bruce Arians (who beat Brady to semi-retirement) and the Tampa Bay Buccaneers didn’t need a quarterback this year. But like any club, Arians and company did their due diligence on this quarterback class. And Arians believes the Steelers hit a home run by taking Kenny Pickett in the first round.

“I liked Kenny Pickett coming out a lot,” Arians told the show. “He was the one pro style quarterback this year who could play right away.”

That tracks with how most of the NFL viewed Pickett. The offense he’s leaving is similar to the one he’s entering, one that asked Pickett to work under center, use playaction, bootlegs, and full-field reads and progressions. It’s why the Steelers are framing things are a true and open competition to be the team’s starter Week One. Pickett will compete with Mason Rudolph and Mitch Trubisky this summer. Pickett is beginning OTAs as the #3 but that’s just a starting point and he’ll have the chance to climb the ladder and has a real shot to be the team’s starter out of the gate, though it’ll have to be earned, not given.

Arians especially liked the way Pickett was coached in college to prepare him for the NFL.

“He was extremely well-coached. Mark Whipple did a great job with that offense. He was in a pro-style offense where he was reading the whole field. Unlike most of these college guys who just read half the field.”

Whipple served as Pitt’s offensive coordinator for most of Pickett’s career before leaving for the Nebraska OC job prior to the Panthers’ bowl game. Arians knows Whipple well, the two serving on the Steelers’ coaching staff from 2004 to 2006 when Whipple was Ben Roethlisberger’s QB coach and Arians the team’s receiver coach. Pitt’s offense wasn’t RPO-heavy like most college systems – or even the Steelers’ 2021 scheme – that allow quarterbacks to make quick, one-look reads, and get the ball out.

While Arians praised Pickett’s smarts, he noted his athleticism, too.

“He’s sneaky quick too. He can run and get out and make plays with his legs more than people give him credit for. You don’t have to run a 4.3 to be agile and be able to run. He does a great job of that making plays outside the pocket.”

Pickett certainly proved that “sneakiness” in the ACC Championship Game against Wake Forest with a fake slide for a long touchdown against the Demon Deacons. Pickett ran a healthy 4.73 40 at the Combine and measured a 9.52 RAS Score, a near-top 40 mark of the 800+ quarterbacks since 1987. Granted, quarterbacks have gotten more athletic over time but Pickett’s numbers are impressive. And as Dave Bryan showed, he routinely made plays outside of the pocket, something he’ll do with the Steelers whenever he plays.