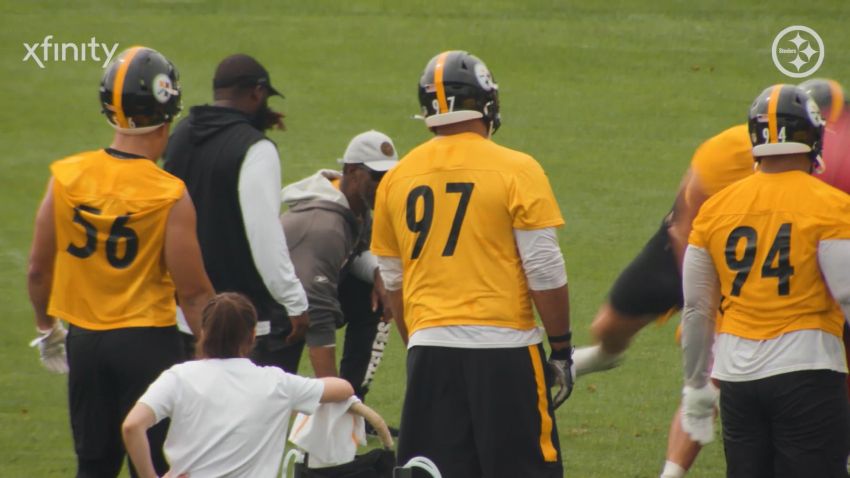 Here’s an interesting one. If you were asked to make a list of the position groups on the Pittsburgh Steelers’ 90-man roster based on the overall strength of the group, where would you place the defensive line? Somewhere near the top? Certainly not the bottom, right?

Well, if you agree with that sentiment, then you seemingly disagree with Robert Weintraub of Football Outsiders, who in collaboration with ESPN Insider listed the defensive line as the area of the Steelers’ roster with the biggest holes coming out of the 2022 NFL Draft, during which they drafted lineman DeMarvin Leal in the third round. He writes:

The Steelers’ defensive front is shallow and getting long in the tooth, even if Cameron Heyward, 33, remains an unblockable menace (10 sacks, 53 pressures in 2021).

At the other two spots, Pittsburgh is relying on a pair of players, Stephon Tuitt and Tyson Alualu, who combined for 57 snaps in 2021. Tuitt missed all of last season due to a combination of knee injury and mourning the death of his brother. He has yet to commit to anything for the coming season — the team remains hopeful but vague whenever asked about Tuitt’s status. Nose tackle Alualu was lost in Week 2 to a broken ankle and is entering his age-35 season.

Behind them are journeyman Chris Wormley and third-round pick DeMarvin Leal of Texas A&M, a middling athlete who disappointed on tape, though playing end in a 3-4 front might be suited to his skill set. Obviously, the Steelers can still generate a pass rush, but they were 27th against the run by DVOA last year. Unless Tuitt and Alualu return to form, that may not improve much.

The Steelers may have had one of the worst run defenses in the league last year, but that certainly didn’t fall squarely on the defensive line after they waded through one of their worst seasons in recent years of play at the inside linebacker position.

They have also insulated their depth since then, and with Alualu and potentially Tuitt returning, their depth will once again be depth and not starters. Weintraub may not be impressed with Leal, but he won’t even be counted on to play a major role this year, in all likelihood.

One thing Alualu will still be is a good run defender. It’s always the area in which he’s most excelled throughout his entire career. He can still defend the run even if he is 35 and a year removed from a broken ankle. I’m really not worried about that, quite frankly. The thought has hardly even crossed my mind that he wouldn’t play at a fairly high level this year.