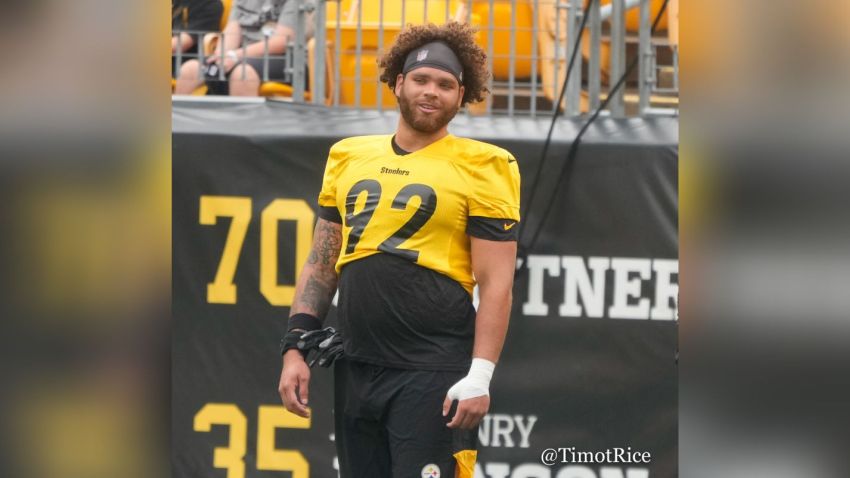 The Pittsburgh Steelers struggled mightily upfront last season on both sides of the line of scrimmage. When holding the defensive line under the microscope, plenty had to do with the unfortunate ankle injury that knocked DT Tyson Alualu out for the entire season in only Week 2 and the ongoing knee injury DE Stephon Tuitt dealt with all season as well as the tragic death of his brother that summer. Since then, Alualu has committed fully in 2022 adding another quality starter back into the fold along the defensive line.

While the jury is still out as to whether Tuitt will return in 2022, Pittsburgh now has a DL room including All-Pro Cam Heyward, Alualu, Chris Wormley, Montravius Adams, Isaiahh Loudermilk, rookie third round pick DeMarvin Leal, Carlos Davis, Khalil Davis, and Henry Mondeaux. Even if Tuitt fails to return in 2022, the depth along the defensive line is far better off than it was in 2021, and the distribution of snaps will be an interesting topic to monitor. Whether Pittsburgh carries six or seven defensive linemen into the regular season, the expectation as we sit here today likely has Heyward, Alualu, Wormley, Leal, Loudermilk, and Adams as those six with Tuitt being the seventh if on the active roster.

With Adams the direct backup to Alualu at DT, that leaves Loudermilk and Leal as the next men up behind the likes of Heyward, Wormley, and possibly Tuitt as a 3tech-4i in Pittsburgh’s base defense. Loudermilk was thrust into action due to injuries and inconsistent play by others in the DL room, logging 150 defensive snaps as a fifth-round pick Pittsburgh traded back into the draft to go get.

Despite posting a meager 48.6 overall grade from Pro Football Focus, Loudermilk held his own and showed some promise as a run defender on early downs. He still has a long way to go as an effective pass rusher from the interior, but there are some traits there for Loudermilk to continue to develop in this area of his game.

In the case of DeMarvin Leal, he comes to Pittsburgh as an accomplished pass rusher out of Texas A&M, having played up and down the LOS for the Aggies and possesses a variety of moves to beat blockers both inside and out on the edge. Still, Leal has his struggles as a run defender due to his lighter frame and inconsistencies of holding his own at the point of attack. I pointed out in a recent film room on Leal that he can become a capable run defender with flashes on tape, but further physical development as well as technical development needs to be done to capitalize on that potential.

Should Tuitt not make the 2022 roster, either Loudermilk or Leal should expect to be the next man up for Heyward or Wormley in the DL rotation should an injury occur or if one of them needs a breather. With this being said, is it possible that Pittsburgh could deploy both in a rotation with Loudermilk playing more early downs as a base run defender then sub him out for Leal on passing downs given his prowess as a pass rusher?

It’s entirely possible as GM Kevin Colbert praised Leal’s athleticism, saying the defensive lineman has some “linebacker-type movements” that can aid in his ability to rush the passer. A potential rotation of Leal and Loudermilk would allow Pittsburgh to utilize both players’ strengths while masking some of their current deficiencies as they continue to develop into potentially long-term solutions at DE for the future.

What are your thoughts on Isaiahh Loudermilk and DeMarvin Leal heading into 2022? Do you see both players contributing in a meaningful role behind the projected starters on the DL whether Tuitt is back in the fold or not? Could Pittsburgh possibly play both in a rotation depending on in-game situations? Please leave your thoughts in the comments section below and thanks again for reading!