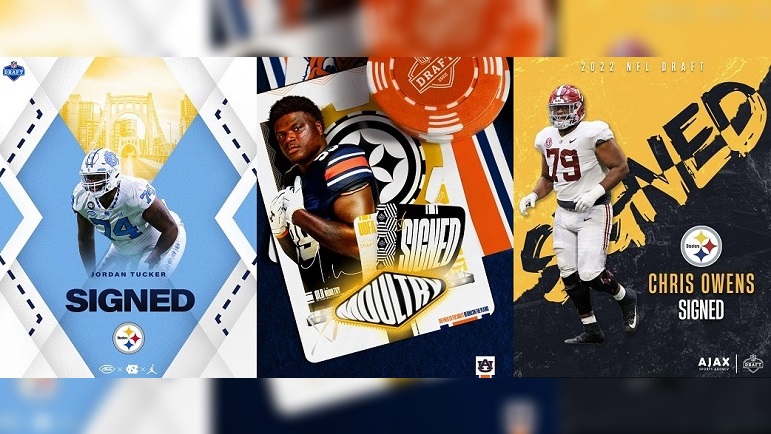 The Pittsburgh Steelers agreed to contracts with ten undrafted free agents at the conclusion of the 2022 NFL Draft. Now that most of those players have signed their three-year deals, we can pass along the details of three more of those deals courtesy of former Aaron Wilson.

Once again, let it be known that the undrafted rookie reservation amount for 2021 is more than $160,000, but should be less than $200,000. That number is the maximum amount of signing bonuses teams can give to undrafted free agents in 2022, and is a fixed percentage of the total Rookie Compensation Pool for 2022.

Of those four players, Tucker received the highest signing bonus — $15,000. Moultry’s signing bonus was $7,500 and Owen’s was $5,000. All three players received minimum base salaries for each of the three years of their contracts.