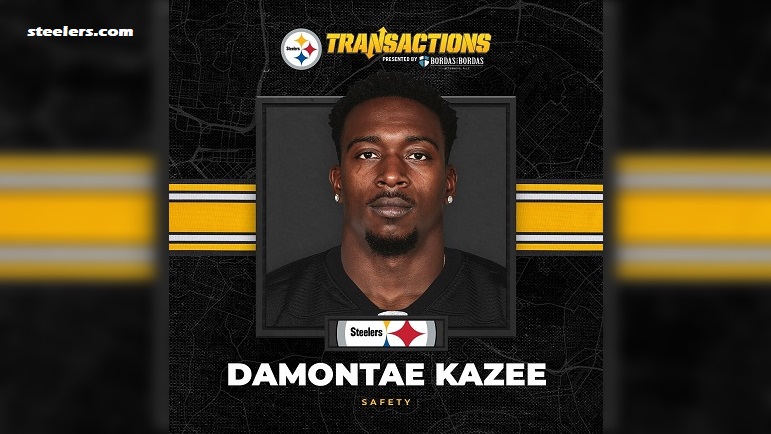 The Pittsburgh Steelers came to terms with free agent safety Damontae Kazee on Monday, and the terms related to that one-year contract are now known thanks to the Field Yates of ESPN.

Kazee was originally selected by the Atlanta Falcons in the fifth round of the 2017 NFL Draft out of San Diego State.

After tearing his Achilles in 2020 as a member of the Falcons, Kazee signed with the Dallas Cowboys last offseason. He went on to register 52 total tackles, four defensed passes, two interceptions, and two forced fumbles in 17 regular season games in 2021. For his career, Kazee has registered 251 total tackles, 12 interceptions, 17 passes defensed, and seven forced fumbles.

The signing of Kazee effectively used just $152,500 of 2022 salary cap space after roster displacement takes place. The team now sits 12,810,917 under the cap pending the official signings of their undrafted free agents and 2022 draft class.